The acquisition marks the Chinese company’s first big move into the U.K., although its Alipay service is accepted by some merchants there already. That should allow Ant to better serve smaller businesses worldwide, including in the U.S., it said in a statement.

Ant Financial, an affiliate of Alibaba Group Holding Ltd. that’s backed by some of the biggest names in global finance and investment, serves hundreds of millions of customers who tap the platform for everything from micro-transactions to wealth management. It’s among the more aggressive of Chinese internet players in seeking to expand abroad, as competition with Tencent Holdings Ltd. heats up at home.

“The products and services of Alipay and WorldFirst are highly complementary,” WorldFirst Chief Executive Officer Jonathan Quin said in a memo dispatched to clients, obtained by Bloomberg. “All your current customer and account information will also remain unchanged.”

WorldFirst remains independent under the terms, according to the letter. It has about 600 staff globally and has helped more than 160,000 individuals and small businesses transfer 70 billion pounds ($90 billion) since its founding in 2004.

Ant Financial made inroads into Europe last year when it won the rights to become the digital wallet for competitions run by UEFA, Europe’s governing body for soccer. Formally known as Zhejiang Ant Small & Micro Financial Services Group Co., it’s leveraged Alipay’s popularity to expand into everything from asset management to insurance, credit scoring, and lending. It raised roughly $14 billion in its last round of funding, to bankroll expansions into Southeast Asia and other markets abroad.

Born out of an online payments system for Alibaba’s e-commerce platforms, the business has grown into a financial behemoth with few equals: its estimated $150 billion valuation dwarfs those of Goldman Sachs Group Inc. and Morgan Stanley. Alipay and its global affiliates have 1 billion users as of February.

Ant was forced to abandon a plan last year to merge with MoneyGram International Inc. after the companies failed to win approval from the Committee on Foreign Investment in the U.S., a national-security panel that has become more active in blocking Chinese investments in American companies. 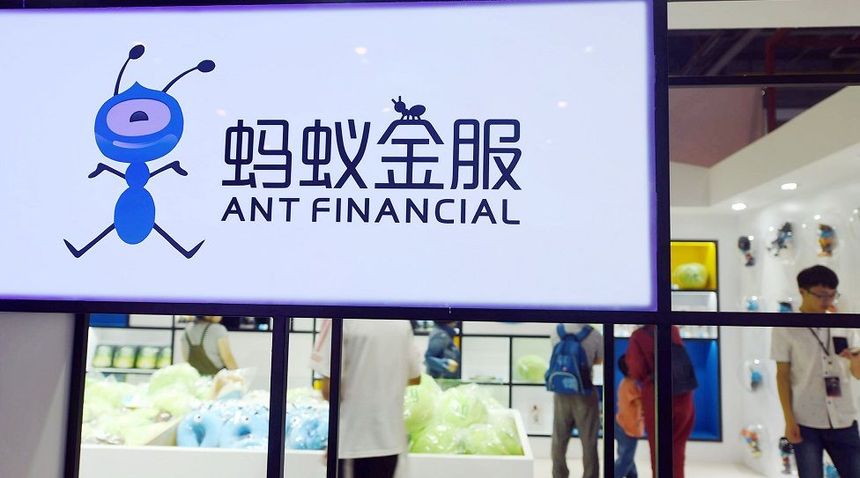