Cambodia loans app gets funding ahead of fintech boomIn Cambodia, the average loan size is now among the highest in the world, with around 2 million borrowers owing a record US$2.8 billion.

It’s not a healthy situation, with experts warning of a bubble in the Southeast Asian nation of 16 million.

Despite this scenario, Yuta Nagano’s Cambodia-based microloans startup today secured funding to help it tap into this growing market for small loans.

Nagano used to run a financial comparison site, so he’s familiar with loan-seeking Cambodians and knows that many people are locked out of the traditional banking system.

“Unfortunately, more than half were rejected or gave up their application,” he says, recalling users who clicked from his site through to partner banks or microfinance institutions.

That happened “because they lacked documents or collateral, or they just lived in a remote area [where] banks don’t operate,” Nagano tells Tech in Asia.

“The current credit scoring system in Cambodia is almost all about whether you have collateral or not.”That led him to start Spean Loan, an app that builds a credit score using unconventional methods, such as users’ social media profiles – something that China pioneered a few years ago.

The startup is awaiting regulatory approval before launching the app, but that hasn’t stopped it from pocketing US$300,000 from investors led by Tokyo-headquartered Showcase Capital.

A former banker at Japan’s Sumitomo Mitsui Banking Corporation, Nagano anticipates that his new app will get the nod this month.

While the typical monthly interest rate will be 1.5 percent, he notes that “there will be other fees such as admin and system fees per application.”

This still places Spean’s rates well below the nation’s 18 percent legal cap.Financial technology startups are still at a nascent stage in Cambodia.

The first fintech association in the country was established only last year, in anticipation of a boom in phone-based money services.

After gathering steam in Cambodia, Nagano hopes to expand the app across Asia. 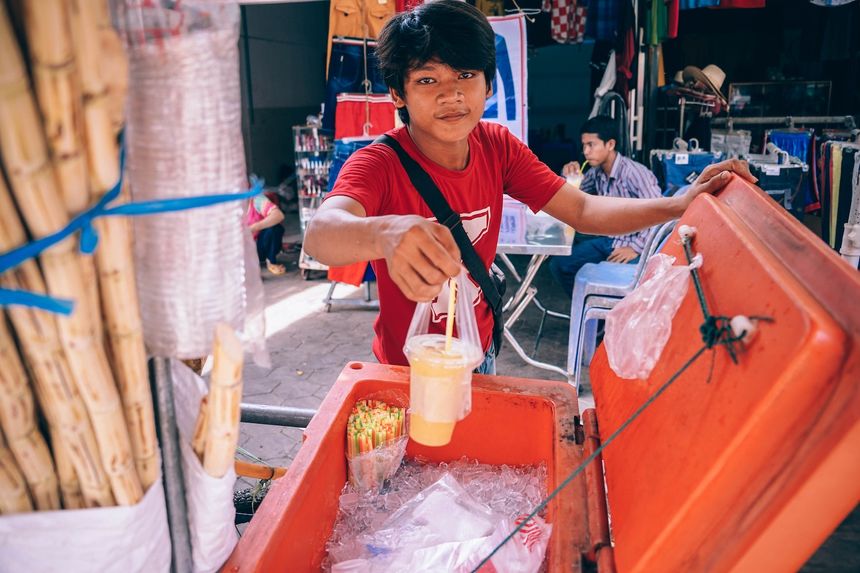