Negative interest rates and a slowing global economy are weighing heavily on the bottom line—not to mention the overall mood—of banks.

And so it’s hard to find many bankers speaking bullishly about much of anything these days, even at a technology conference dedicated to the future.

As the halls of the World Summit A.I. in Amsterdam buzzed with the go-go-go pronouncements of Amazon and Huawei, executives of financial services companies and many of their upstart rivals—so-called Fintech firms—gathered in a much smaller setting at the conference to predict the future of Big Finance powered by artificial intelligence.

Not surprisingly, the fintechs are bullish on that future. Some, including Auquan, a firm that uses machine learning to build investment and trading tools, predicted that within five years the traditional banks could lose as much as 10-20% of their marketshare to tech-centric startups who, in the future, deploy A.I. to strip out operating costs and offer cheaper products and services to customers.

Never mind that few Fintechs have yet to turn a profit. “We want to offer services that are ten times cheaper and ten times better than the traditional banks,” explains Soups Ranjan, head of fincrime risk at Revolut, the Index Ventures-backed digital finance app based in London.

Elsewhere in the finance sector, the deployment of A.I. can best be described as “methodical.” KPMG shared a recent survey it conducted with auditors and risk management officials, a notoriously risk averse group, asking them about their intentions to invest in A.I. in the areas of compliance, risk and governance. A near majority (94%) said they see A.I. delivering a competitive advantage.

The main drawback? Just 8% trust their own data enough to invest in A.I. tools.

Deloitte recently published a survey of its own showing that so-called “frontrunner” financial services firms who use A.I. in their business processes saw companywide revenue growth of 19 percent.

There were no such pronouncements on Thursday at the conference, but there was plenty of talk about the need to first build data-first cultures and to ensure the A.I. systems deployed were free of bias and highly secure.

And the Fintechs themselves admitted they see disruption in their future, too. They worry the likes of Amazon, Google or Facebook, which has recently announced Libra, will enter the Fintech market, and,  with their massive customer base and steal their hard-won share. 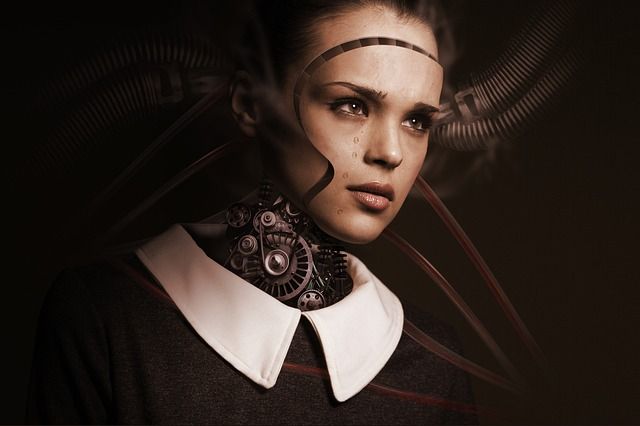