The biggest banks on Wall Street are increasingly betting on their potential competition.

So far this year, major U.S. banks have participated in two dozen financial technology, or fintech, equity deals, according to a recent report by CB Insights. This is tracking to be on par with last year — which saw a 180% increase in bank investments from a year earlier.

Goldman Sachs and Citigroup — which both have venture capital investment arms — are the two most active of the major banks, followed by J.P. Morgan at number three. Morgan Stanley, Wells Fargo, Bank of America, and PNC Financial Services Group have also backed at least five financial technology startups since 2012, according to CB Insights.

Chris Brendler, senior director of fintech research at the data firm, said there are two key incentives driving the equity investments: Banks can form strategic partnerships with the start-ups to use their technology, and much like venture capital does, they profit down the road if these investments take off.

The equity investments are a way to “future proof,” according to CB Insights. Banks are looking to diversify as their main profit engines get squeezed by falling interest rates, and new fintech options like Square, PayPal, Wealthfront, Betterment, Robinhood debut many of the same services with zero fees.

The top investment area for banks was payments and settlements, which includes companies like Square, Marqeta and Klarna. The payments category has seen equity funding rounds from at least three banks — including Square’s $717 million in total disclosed funding from Goldman Sachs, J.P. Morgan Chase, Morgan Stanley, Barclays Capital, and Silicon Valley Bank, according to CB Insights.

Capital markets was the second most popular investment area for banks, followed by data analytics. Blockchain — long a corporate hype word — was 7th on the list, right behind wealth management.

Banks’ strategies aren’t all the same though. Citi has backed four blockchain start-ups, three capital markets and three payments start-ups in the past two years. Goldman Sachs has most active and the broadest, according to CB Insights’ Brendler.

In the past two years, Goldman has invested in real estate, data analytics, and payments — all of which “align” with its digital consumer arm, Marcus, according to CB Insights. The bank invested in Even Financial last year, a platform that helps funnel customers directly to banks’ product offerings. Marcus uses Even’s platform for lead generation.

To build out Marcus, Goldman’s consumer arm, the bank completed a string of M&A deals. It targeted consumer fintechs to acquire engineering and product teams that it folded into Marcus. These so-called ‘acqui-hires’ included Clarity Money, Final, Bond Street and brought in more than 60 consumer fintech-focused employees, according to CB Insights.

“Acquiring digital talent has been a top priority for all banks as they strive to become more tech oriented,” CB Insights said. “For Marcus, Goldman has been able to accelerate this process by acquiring strong outside talent, and integrating them into its existing team.”

While J.P. Morgan doesn’t have a dedicated venture capital arm, it’s still placing bets and has been especially focused on scaling its payments business. CEO Jamie Dimon has been vocal about his interest in tech. In 2015, he warned that “Silicon Valley is coming,” thanks to “hundreds of startups with a lot of brains and money working on various alternatives to traditional banking.”

Earlier this year, company bought medical payments technology firm InstaMed to push into the $3.5 trillion market for U.S. health-care spending. The deal, worth more than $500 million, was the lender’s largest takeover since Bear Stearns in 2008. The bank also bought WePay, a competitor to PayPal and Stripe, for roughly $400 million at the end of 2017. J.P. Morgan announced on Monday that it was rolling out free same-day deposits to customers of its WePay platform who have bank accounts with the firm. It has also gone the partnership route, working with fintech firms like OnDeck, and has used its own engineers to build solutions like the brokerage app YouInvest.

J.P. Morgan is developing a “new fintech campus” for more than 1,000 employees in Palo Alto, California. WePay and its more than 275 employees are moving from the company’s office in nearby Redwood City to the Palo Alto campus.

Tina Hsiao, WePay’s operating chief, said the start-up had originally talked to J.P. Morgan about partnering but that “evolved,” and an acquisition “made a lot of sense.” As part of the deal, Dimon committed to doubling the size of WePay’s engineering team.

“This is helping them diversify the overall business,” Hsiao told CNBC in a phone interview. “We fit a certain product set, and can underpin all of J.P. Morgan’s small business merchant payments, which could be a big future revenue generator.”

She said as part of the deal, bankers have started asking WePay employees about fintech and how to recruit and hire engineers. From a tech and education perspective, she said it was “a bit of a reverse acquisition.”

“Banks often find an area of technology that is superior to what they currently use — they either mimic, or they buy the company that does it,” Bove said.

Wells Fargo’s Mike Mayo said even if banks wanted to, regulation might prevent them from leaning too heavily on venture capital. The Volcker Rule, one post-financial-crisis reform, limits some banks from making speculative venture capital investments. And some are just wary after Dot Com bubble failures, Mayo said.

“There were lessons learned two decades ago when the banking industry had a mixed record on venture capital investments,” he said. “Today, some of that is restricted to ensure that banks stick to their knitting.”

What fintechs can do that’s superior, according to Bove, is isolate small areas and customer bases, resulting in “tremendous amounts” of valuable transaction data. Bove predicts more M&A ahead, especially in the event of a recession or a capital shortage.

“Many of these fintech companies will die, unless they’re lucky enough to be sold to a bank,” he said. 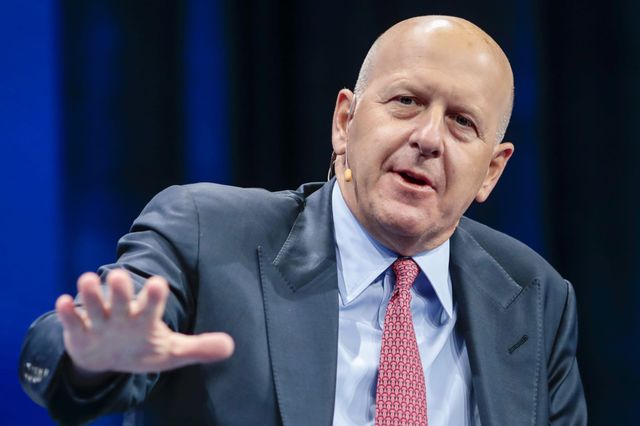