TransferWise has cemented its position as one of the few profitable fintech unicorns, after rising demand from small businesses helped the cross-border payments company lift earnings in the last financial year.The UK group, which was briefly crowned Europe’s most valuable privately owned fintech company last year, saw pre-tax profits climb 29 per cent to £10.1m in the 12 months to March 31, according to its latest annual report published on Wednesday. Its revenues rose 53 per cent to £179.1m.

Taavet Hinrikus and Kristo Kaarmann founded TransferWise in 2011. It was initially aimed at providing cheap cross-border money transfers to consumers. However, the company has since expanded to offer transfers for small businesses and sealed partnerships with banks such as Monzo and France’s BPCE. Chief financial officer Matt Briers said that profits would have grown faster, but that the company had decided to make “quite considerable” price cuts.

We are a truly rare unicorn rather than an inflatable one . . . which means we don’t keep needing to be blown up

“Whenever we can we’ll drop prices,” Mr Briers said. “It would also be entirely possible to have a very high margin with the same costs and higher prices but that’s not necessarily sustainable from a competitive perspective.”Business customers were a key driver of both deposits and money transfers, said Mr Briers, who forecast they would soon account for a majority of its transfer volumes.

Mr Hinrikus and Mr Kaarmann cut their stakes in the company in a secondary share sale in May that catapulted TransferWise’s valuation to $3.5bn. That total was then leapfrogged by Swedish payments group Klarna in August.At the time, Mr Hinrikus said that TransferWise, whose backers include BlackRock and Andreessen Horowitz, planned to go public at some point, but Mr Briers said it would not be listing any time soon.

“We’re generating enough cash from the business to fund the business,” Mr Briers said. “We are a truly rare unicorn rather than an inflatable one . . . which means we don’t keep needing to be blown up.”Its customer numbers and monthly processing volumes doubled since July 2018, to 6m customers and £4bn in monthly payments. Customer deposits in TransferWise’s borderless accounts surged more than fivefold over the financial year, from £148m to £830m, and Mr Briers said the total had since risen above £1bn. 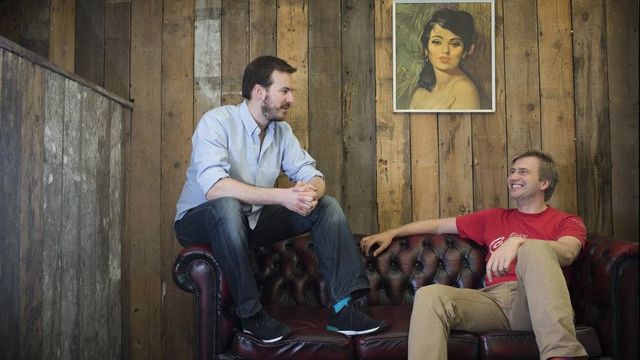