Goldman Sachs Group Inc. is preparing to invest in more German financial startups at a time when the industry is seeing a record inflow of money as well as a wave of failures.

“Our investing pipeline in Berlin and Germany as a whole is very strong,” said Rana Yared, a Goldman partner who is also a managing director in the lender’s Principal Strategic Investments group. She declined to name any future targets after the company took stakes in two Berlin-based fintech firms this year.

Investments in German fintech companies reached a record in 2018, topping 1 billion euros ($1.1 billion) for the first time, according to data by Barkow Consulting. After the first six months of this year, investments already stand at around 900 million euros with the first quarter seeing the highest inflows ever. This could point to inflated asset prices, raising the stakes for Goldman.

This year started with a record quarter for German fintech investments

Yared said her team is extremely cautious on valuations, not just in Germany. “It is an existential challenge for companies if they raise money at a valuation that is too high for where they are,” she said. “You have the risk of a down-cycle happening and having to raise new money at a lower valuation, which has implications for your employees and their morale, and for clients.”

The team tends to shy away from companies that are “pre-revenue, pre-product,” Yared added. On average, it keeps the investments for more than five years, she said. “We invest amounts as small as $10 million and as large as $100 million.”

According to a study by PwC, a total of 34 German fintech firms folded in the first five months of this year -- a record for the period. The firm blamed the rise of what it calls “me-too-fintechs,” which had to deal with the fact that some companies in their line of business simply got a head-start on them.

Goldman doesn’t just have its eye on the German capital, Yared said. “Digital banking seems to have a strong center in Berlin,” she said, while “more capital markets focused fintechs are born in Frankfurt. An ecosystem has developed in both cities, attracting talent.”

In May, Goldman led a founding round for Berlin-based Elinvar which was founded by former Deutsche Bank AG employees and has built a digital platform to enable lenders to offer their services online. Two month later, it invested 25 million euros in Raisin, an internet platform allowing user to compare bank-savings products.

Berlin-based smartphone bank N26 raised new funds at a valuation of $3.5 billion in July, making the company one of Europe’s highest valued non-listed fintech firms. “We know N26. We are very impressed with the growth and the stage they are at”, Yared said. “We do not regret not investing into challenger banks because we view ourselves as a challenger bank.” 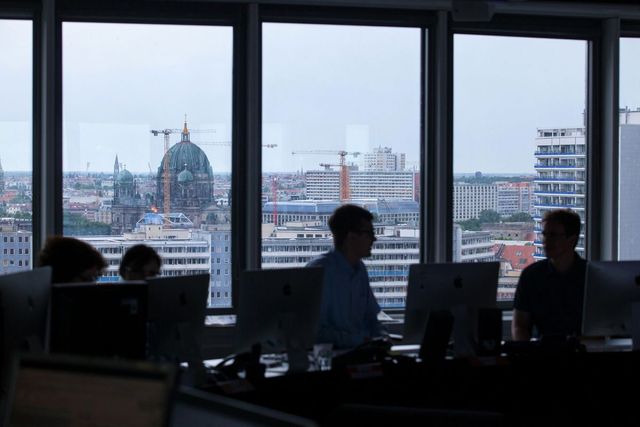