The insurtech ecosystem in Asia is relatively small compared to that in Europe and North America, consisting of around 100 startups. But according to recent rankings, Asia has huge potential to drive the insurtech disruption — among top 20 cities for insurtech startups worldwide, Singapore ranks 7th and the Indian cities of Mumbai and Gurgaon come at 9th and 17th place, respectively.

Asian countries are on the right track to produce the next insurtech unicorns and it’s time we pay attention. Let’s take a look at the three top Asian markets for insurtech, specifically at how they’re driving innovation and what challenges they are yet to overcome.

What sets Singapore aside from other Asian hubs is that two-thirds of the population are already insured — a relatively high number for the region. Consequently, the local insurtech industry is focusing mainly on improving the existing services.

Another Singaporean company, Bandboo, is riding the millennial insurance hype wave with peer-to-peer coverage. In short, Singaporean insurers are at the very forefront of pushing the boundaries of what insurance can be.

With its business-friendly conditions, Singapore is uniquely positioned to be Asia’s largest insurtech player. The Monetary Authority of Singapore’s (MAS) rolled out a fintech sandbox to encourage experimentation and innovation in the financial industry.

Startups can test new financial products and services in a controlled environment before they hit the market. PolicyPal was the first insurtech startup to graduate from MAS’ sandbox.

Singapore is also a thriving hub for Artificial Intelligence (AI) and big data. The Singaporean government led the early adoption of AI by teaming up with corporates like Microsoft, home-grown startups, and data science researchers. The 2017 Accenture survey showed that among 26 countries studied, Singapore and the UAE were the most ready for “hyper-personalized” AI services.

Finally, world-class fintech and insurance companies have established dozens of innovation labs in Singapore over the last few years. The city’s pool of talented software engineers and the favorable legislation proved to be a huge draw for international investment. Among the hubs for collaboration are Aviva’s “Digital Garage” and Allianz’s “Asia Lab”.

India is another strong contestant for insurtech dominance in the region, with two Indian cities lower down the top 20 cities for insurtech ranking. But contrary to Singapore’s, the Indian population is drastically under-insured.

Due to low awareness and limited reach of insurance companies, the insurance penetration in India was at 3.42 per cent in 2017, far below the global average. The poorly-insured 1.3 billion population of India is a huge market to tap into.

India’s main insurance effort is rolling our microinsurance plans, from crop insurance to dengue insurance. Microinsurance is cheaper and more flexible, attracting lower-income policyholders as well as those skeptical of insurance in general.

Luckily for insurtech companies, the sharp rise in mobile phone usage and internet access across the country makes it easier to reach a customer base that was previously off-limits. Indian startups are building mobile apps en masse and offering online policy underwriting, customer support, and claim management.

People living in rural areas, who would typically need to travel to a broker’s office, can now access services remotely. This approach has proved incredibly successful, with Paytm and PolicyBazaar both earning unicorn status.

The Indian insurance industry doesn’t enjoy the same level of government support as in some of the other Asian countries. The legislators are still behind the curve, but taking a keen interest in the insurtech industry. The Insurance Regulatory and Development Authority of India (Irdai) has just come out with a plan for creating a regulatory sandbox for insurtech and fintech companies, showing promise for further developments.

The lack of local insurtech accelerator programs is another area where the Indian insurance industry needs to catch up with global trends. However, fintech accelerators are fairly common in the country and some of them include fintech startups. We can expect specific insurtech programs to develop in the near future.

Perhaps the biggest challenge to Indian insurtech is cybersecurity. India faces the highest number of cybersecurity threats in the Asia-Pacific region, with both private and public institutions frequently targeted by attackers.

If the backbone of Indian insurance is offering online services, the lack of cybersecurity can be a serious drawback. Customers can protect themselves from simple hacking attacks like man-in-the-middle by using a Wi-Fi VPN, but those user-end strategies are not enough to make the entire ecosystem secure.

At US$1.3 billion, Shanghai’s insurtech companies have raised the most funding of all Asian cities, putting China on the map of insurtech leaders. Chinese insurers are looking to leverage the digital boom in the country.

The population of China collectively owns more than 1 billion smart devices and WeChat is deeply-integrated into everyday life making it easier to meet customers where they are. Zhong An, the first Chinese insurer to sell services exclusively online, now boasts more than 400 million customers.

China’s insurtech market is expected to hit 1.4 trillion yuan (US$211.66 billion) by 2021, according to a report by ZhongAn Technology. Technology will play a key role in reshaping the industry. Blockchain, AI, Internet of Things, big data and cloud computing are named as the most important ingredients of tech disruption in Chinese insurance.

AI is already being used in China for fraud prevention, but the technology is being expanded to more areas. Auto insurers, for example, are testing solutions that would use AI to settle claims on the basis of the photos sent by policyholders.

Similarly, IoT and big data are already employed for the underwriting process but their full potential is yet to be realized. Chinese insurers are now investing in the infrastructure necessary to collect and handle vast amounts of data.

Unlike European or North American markets, China is relatively new to insurance. The lack of legacy IT systems gives Chinese insurers agility that many mature markets can only dream of.

Companies like Zhong An or Ping An are also more open to innovation, often taking the approach that the line between possible and impossible is in the eye of the beholder. They treat the market as a laboratory — constantly evaluating and iterating their services to achieve the best results.

The future of Asian insurtech

With the Asian insurtech markets being so drastically different, it’s difficult to generalize. Singapore, India, and China have an entirely different set of challenges to overcome and various levels of support to do so.

But what is clear is that technology will play a key role in all these markets. Whether it’s fine-tuning the services for long-time Singaporean customers or trying to reach a new customer base in India, technological disruption will be the defining factor in market success. 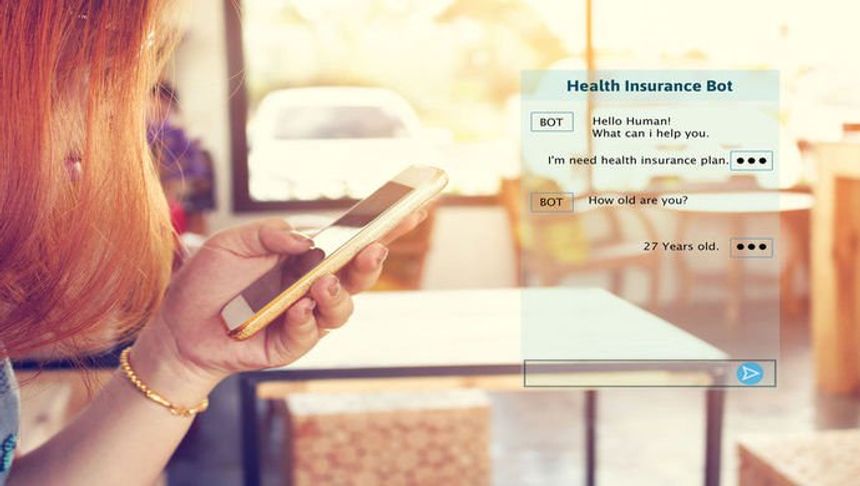