JP Morgan Chase, America's biggest lender, is close to buying a stake in the banking venture founded by ex-Barclays chief Antony Jenkins, providing a shot in the arm for Britain's financial technology sector.

Sky News has learnt that JP Morgan is finalising a deal that would see it becoming a sizeable minority shareholder in 10x Future Technologies, which develops the tech platforms underpinning digital banking operations.

City sources said that a formal agreement between the US-based banking behemoth and Mr Jenkins was expected in the next few weeks.

If completed, it will represent another significant step forward for the former Barclays boss, who was ousted as the bank's chief executive nearly four years ago.

He set up 10x in 2016, backed by a belief that most traditional banking infrastructure was being rendered obsolete by advances in technology and changing customer behaviour.

Mr Jenkins has been an outspoken critic of banks' "antiquated" IT systems and warned that the industry is facing an "Uber moment" in terms of disruption by more nimble competitors.‎‎

Since launching the business, it has expanded rapidly and plans to recruit hundreds more people in the near term to service demand from existing and new clients.

Earlier this year, Nationwide, Britain's biggest building society, bought a £15m stake in 10x as part of a £32m fundraising which included participation from existing investors Oliver Wyman, the consulting firm, and the Chinese insurer Ping An.

However, JP Morgan's investment will take Mr Jenkins's venture to another level altogether given its enormous heft and international presence.

Like other global banks, JP Morgan has been wrestling with the impact of technology on its business, making a series of strategic investments in fintech ventures which have long-term potential to disrupt existing market dynamics.

These have included Symphony, a messaging app, and Volley.com, which provides artificial intelligence for learning systems.‎

The terms of its backing for 10x were unclear on Wednesday, although insiders said that JP Morgan was likely to be investing tens of millions of pounds to buy into Mr Jenkins's business.

It was also unclear whether the investment would be the prelude to a broader strategic partnership between the two companies.

Nationwide's investment also provided a boost to Mr Jenkins after the cancellation of a deal between 10x and Virgin Money in the wake of the latter's takeover last year by CYBG.‎ The building society giant's partnership with the fintech group is intended to help it carve its way into a small business banking market increasingly shaped by new technology.

Nationwide announced last year its plan to launch a business current account targeting the UK's 5.7m SMEs.‎ ‎For Mr Jenkins, the international scale of 10x's customer base and growing workforce mean there is a possibility that he will be responsible for creating another British technology "unicorn" - the label applied to start-ups worth at least $1bn.

One investor in 10x said it hoped to strike a number of other partnerships with banks around the world in the coming months.‎JP Morgan declined to comment while 10x could not be reached on Wednesday. 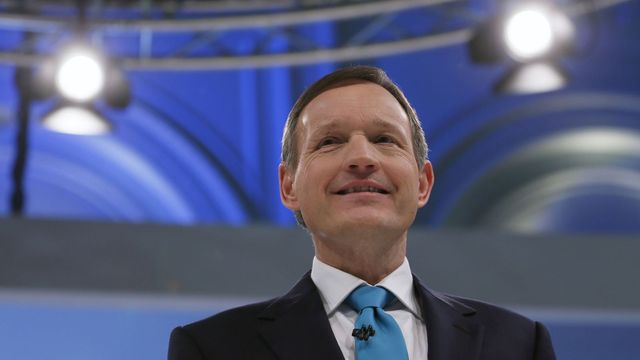