The chief executive of Monzo has warned losses will continue to mount at the British digital bank this year as it embarks on an expensive advertising campaign to sustain its turbocharged customer growth.Tom Blomfield said he had “enormous confidence” about the digital lender’s progress despite the mounting losses, pointing to its rapid customer growth, rising revenues and lower costs to acquire customers and run their accounts.“Structurally we have a really strong position . . . over time we’re going to build a very successful business,” he told the Financial Times.

Monzo said it had stopped burning cash on new customers as growing numbers start to use the app-based bank as their main banking provider, lifting its deposits more than sixfold over its most recent financial year.However, it said higher costs, including rising spending on technology and staff, meant overall losses continued to rise, albeit at a slower pace than the previous year.Digital banks such as Monzo and rivals such as Starling and Revolut have been effective at attracting users by offering perks such as cheap foreign exchange transactions, but have had a harder time convincing customers to make the leap to using them as their main bank accounts.Monzo’s latest annual report, released on Thursday and seen by the FT, said the proportion of customers depositing salaries reached 30 per cent by the end of February, up from 12 per cent a year earlier. Total customer deposits rose more than sixfold to £461.8m, while customer numbers almost trebled to 1.6m.The resulting increase in card transactions helped to boost net revenues from £1.8m to £9.1m. Monzo is ramping up efforts to grow in businesses such as unsecured lending, but its main source of income is still the fees generated every time a customer uses their card.

The company’s “per-user contribution margin” — in effect, the annual cost or profit from servicing each customer — reached £2 by the end of February, from minus-£30 a year earlier. Mr Blomfield said this figure had since increased to more than £5 per customer.Despite edging closer to sustainability, however, net losses increased 54 per cent to £47.2m. The increase was driven largely by a near-tripling in personnel costs, as the company increased headcount from 300 to 713.Mr Blomfield said losses were likely to rise further this year thanks to a £20m marketing drive, but described the increase as a “strategic choice”. Earlier this week Monzo announced a £113m investment that valued it at just over £2bn, and Mr Blomfield said “we’re pretty comfortable we’re well capitalised for the next few years.”“We can choose to do less stuff, expand less internationally and hire fewer people — those actions would adjust the trajectory towards higher profitability much faster but I think it would damage the long-term value of the company.” 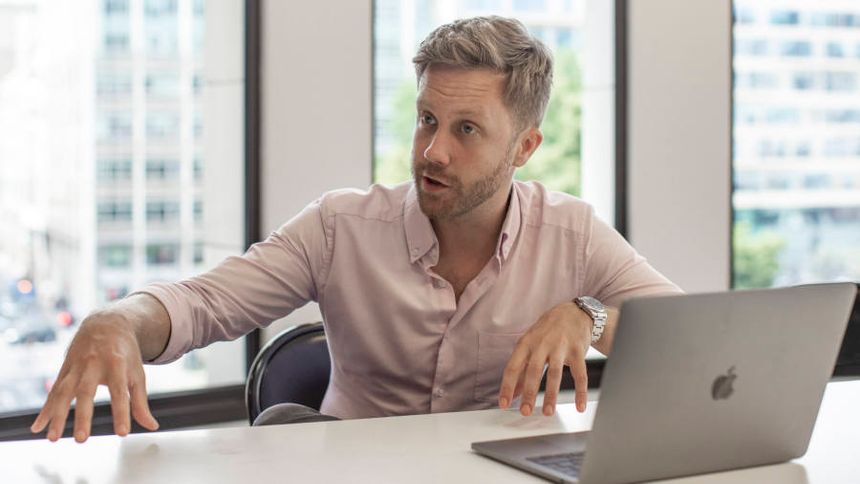