American Express Co. wants to be in your life before you ever reach for your wallet.

The credit-card company, which would like customers to think of it for everything from hotel bookings to airport-lounge access, said Wednesday that it’s acquiring Resy, the popular restaurant-reservations system. The acquisition will help AmEx improve its offerings for dining, the top request through its concierge service and a fast-growing category for its card network, said Chris Cracchiolo, senior vice president of global loyalty and benefits at American Express.

AmEx has made at least five acquisitions since 2017, when it purchased Cake Technologies, an app that allows consumers to split restaurant tabs. Last year, it acquired Mezi, an app for planning and booking trips, and earlier this year, it bought both Lounge Buddy, a website for arranging access to airport lounges, as well as Pocket Concierge, a restaurant-reservation website in Japan.For affluent consumers, credit-card points are just one way companies compete for their spending. Issuers are increasingly turning to unique experiences, such as cooking lessons with top chefs or private tours at top travel destinations, to attract and keep clients.

“The overarching goal is to become more central to our customers’ everyday lives,” Cracchiolo said in an interview. “Loyalty is a lot more than just points. We’re proud to have what we feel is the best points program in the world with membership rewards, but when I think about loyalty I really think about balancing both rational and emotional value.”Read more: Capital One partners with Resy for Restaurant WeekResy provides reservations software for 4,000 restaurants in 10 countries. For now, it will continue to operate under the Resy brand, and the platform will continue to remain open to all customers, whether or not they have AmEx cards. Chief Executive Officer Ben Leventhal and Chief Technology Officer Michael Montero will remain with the company, which they founded in 2014.“American Express has incredible expertise here and incredible resources in the dining space,” Leventhal said. “We have admired the company and sought to partner with AmEx since our inception.”

AmEx and Resy did not disclose terms of the deal, which is scheduled for completion this summer. Resy was valued at $53.6 million when it raised $13 million in a Series A financing in 2017, according to data compiled by PitchBook. 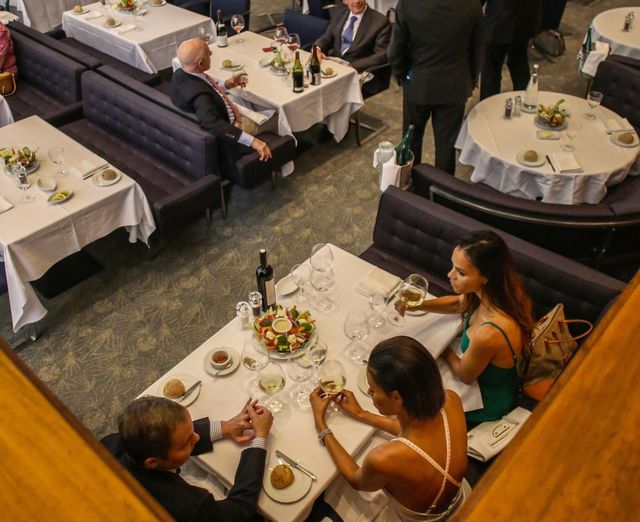