The Apple credit card is the latest offering by a Silicon Valley tech giant looking for a ready-made avenue into the financial services’ sector. While the new card mostly benefits loyal users of Apple products, it’s also an unwelcome reminder of an ever present question on the minds of wealth managers: Will the FAANG companies like Facebook, Amazon, Apple, Netflix and Alphabet continue their land grab of services historically provided by the financial services industry — and at what cost to traditional RIAs?

Anonymously, a majority of investors considering switching financial services providers said they would consider banking with a tech company like Facebook, Google or Amazon if they could, according to a recent survey by Novantis. Indeed, for CEO of Carson Wealth Management Ron Carson, the question is not if tech giants will become a force in wealth management — but what could possibly stop them.

“We view Amazon as the competition,” Carson says. “Whenever they decide to get directly into our business, we have to be prepared. They haven’t yet because there is just so much low-hanging fruit. But, they are coming.”

Tech startups with automated investing apps have already blurred the lines between traditional banking offerings, like credit and debit cards, and wealth management offerings. The micro investing app Acorns, for instance, has already rolled out a laundry list of new financial products like Acorns Spend, a debit card made of tungsten (“one of the rarest, heaviest non-radioactive elements,” boasts the firm’s website), which comes with an attached checking account. And then there is the firm’s retirement account, called Acorns Later, which has built up 170,000 accounts in just two months, says CEO Noah Kerner.

The obvious entry barrier to any form of financial service delivery is regulation. Compliance was listed as the number one challenge facing RIAs, according to a TD Ameritrade survey, with almost one in three RIAs naming regulatory issues as their biggest operational obstacle in 2019. Sixteen percent of the 302 firms surveyed expect to increase spending on legal costs this year.

In this arena, “these large technology firms excel by meeting unmet demands through scalable technology,” says Scott Smith, a director at Cerulli Associates, in a 2018 study. But, he says, size is not everything. “However, the level of nuance and regulation inherent in financial advice engagement would be difficult to scale to be of strategic interest to the world’s largest technology providers.”

The highly regulated environment has and could continue to push tech giants into partnerships with traditional banks or brokerages. For example, independent robo advisor Wealthfront announced a partnership with two banks to offer high-yield savings accounts for its customers. While not a traditional bank, the second-largest independent robo now offers a cash account with a 2.24% interest rate and is FDIC-insured up to $1 million without taking on further regulatory scrutiny, according to a spokeswoman.

Experts believe FAANGs may take a similar tack. In fact, tech giants will likely encourage partnerships with wealthtech platforms, says Vasyl Soloshchuk, CEO and managing partner of INSART, a fintech and Java engineering company, in a blogpost. However, serious disruptive change will take time to unfold, he says.

In this landscape, commoditization is a real and present danger to RIAs, says Eric Walters, president of SilverCrest Wealth Planning in Greenwood Village, Colorado. If tech giants offer cheaper services, traditional advisors will have to provide better value and services than they have in the past or risk seeing their businesses erode.

Robo advisors are the most obvious place for the FAANGs to acquire such services, converting already existing user interfaces and client relationships into a financial products platform. However, incumbents have been quick to offer their own robo advisor technology and the initial results from some robo startups have been less than promising, Walters says.

“Major competitors such as Schwab and Vanguard have their own robo platforms and many of the FAANG companies would hesitate to enter a highly regulated market with entrenched competitors like those,” he says.

Large tech companies rely heavily on a fiercely loyal user base, and continue the number of trusted companies consumers are choosing to do business with, says James Gambaccini, managing partner of Acorn Financial Services, an RIA based in Reston, Virginia. “For Apple, this is just as much a big-data play as it is a way to put their sizeable cash holdings to work with the expectation of getting more back in the form of interest payments over time,” Gambaccini says.

In addition to financial services, tech giants have made high-profile entrances into heavily regulated industries. Over the past year, Amazon launched a venture to jointly manage the health of its employee population — alongside JPMorgan Chase and Berkshire Hathaway — potentially putting the online retailer toe-to-toe with traditional HMO providers. Amazon also acquired the direct-to-consumer pharmacy business PillPack, and has hired a slew of former healthcare leaders.

“Much like Amazon's move into healthcare, big companies with lots of resources are evaluating how to enter (and presumably disrupt) new markets,” says Gambaccini.

But Jim Del Favero, chief product officer at the digital investment platform Personal Capital, sees the financial advisor sphere as fairly secure — for now. Apple and others, he says, will continue to expand into point-type financial services payments, like credit cards or offerings within lending before taking on wealth management. “I just don’t know how people would feel about the large tech players handling their wealth management needs,” Del Favero says.

And, considering that client relationships are at the heart of any wealth management strategy, recent data breaches — like Facebook’s privacy snafu with Cambridge Analytica — might make clients think twice before entrusting their financial futures to a social media monolith.

The Cerulli study predicts the eventual winners will offer flexible models where human advisors focus on creating relationships and formulating comprehensive financial plans with investor clients. Adapting a hybrid model is certainly within “the range of possibilities” for FAANG companies, according to the study.

“My prediction is that tech giants won’t truly try to compete with advisors, because big tech has massive competitive disadvantages, and zero ability to create scale in an advice business,” says Riskalyze CEO Aaron Klein. “They’ll have to wait for the invention of sentient robots with empathy, and that’s a long, long way off." 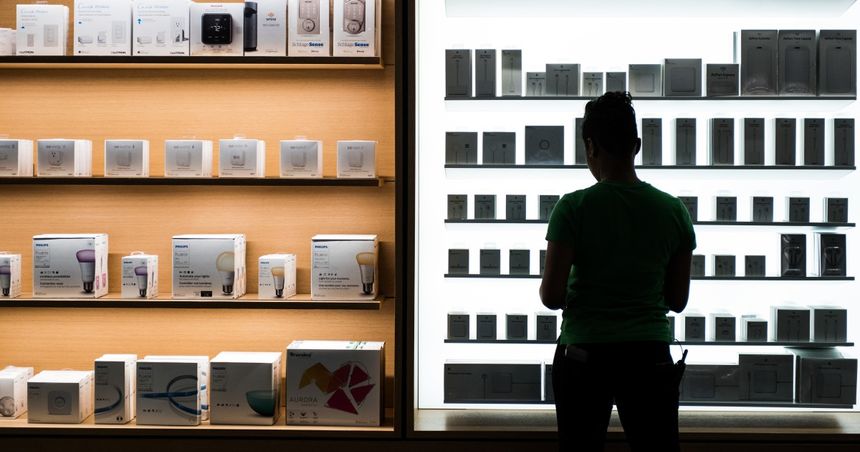