While many use CoinMarketCap as a go-to resource for cryptocurrency market data, roughly 95% of bitcoin trading volume reported by this website is fake, according to Bitwise Asset Management report.

CoinMarketCap reports approximately $6 billion per day in bitcoin trading volume, but the actual figure is $273 million, or roughly 4.5% of the reported amount, according to Bitwise.

[Ed note: Investing in cryptocoins or tokens is highly speculative and the market is largely unregulated. Anyone considering it should be prepared to lose their entire investment.]

When conducting its analysis, Bitwise culled data from 81 exchanges, which it selected based on reported bitcoin trading volume. Exchanges that reported less than $1 million worth of volume per day were excluded.

Bitwise, which recently proposed a bitcoin exchange-traded fund (ETF), submitted this report to the U.S. Securities and Exchange Commission (SEC) as part of its application process.

Several analysts weighed in on what the report's broader implications.

"IF true, it's clearly not a positive for the industry," emphasized Tim Enneking, managing director of Digital Capital Management.

However, "most of the largest exchanges appear to have a much lower level of 'fake' volume, so the 95% number is hardly evenly spread across exchanges," he noted.

Enneking outlined several reasons why exchanges would inflate their volumes:

Other than simply wanting to make volume appear larger than it is for commercial reasons (the greater the volume, the easier it is to attract even more traders), three other factors may play into the motivations behind exaggerating volume: (1) the generalized decline in volume over the last 12 months or so, which makes appearing to be larger both more important and more difficult, (2) the growing volume on OTC platforms, which both exacerbates and accelerates the first problem, and (3) the seemingly endless proliferation of new exchanges, meaning that more players are fighting for larger pieces of a shrinking pie.

Since digital currency exchanges are struggling to overcome these headwinds, and have significant incentive to inflate their trade volumes, investors may find that only a small number of these marketplaces provide reliable information.

"There is a short list of exchanges with a good reputation," emphasized John Hargrave, publisher of Bitcoin Market Journal.

Of the 81 exchanges evaluated in the report, only 10 provide volume figures that are legitimate, according to Bitwise.

Industry heavyweights such as Coinbase were included in this list.

"These appear to be the quality exchanges that have done due diligence," said Hargrave. 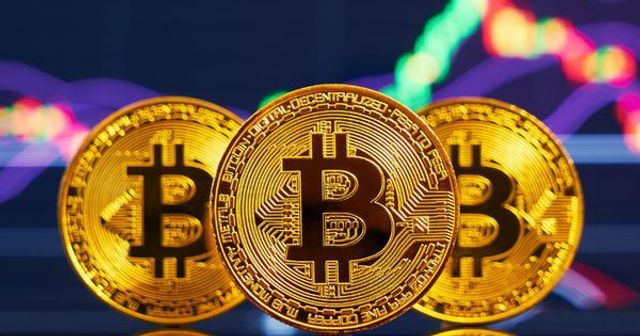 Bitwise submitted bitcoin report to the SEC that says roughly 95% of bitcoin trading volume reported by the CoinMarketCap website is fake: https://t.co/AgcaKJvE6g by @CharlesLBovaird via @Forbes pic.twitter.com/0ToUcrVVmt