There was a lot about CES in Las Vegas last week that was predictable.

Google and Amazon competed for voice-activated mindshare. There seemed to be as many new smart devices as show attendees. Robots were everywhere.

Then, there was the eccentric.

Last year, the world met the its first talking toilet – and this year, the Numi 2.0 Intelligent Toilet promised not just to talk, but to listen. It has speakers, can understand voice commands and is compatible with both Alexa and Google.

And if consumers are not in the market for their own smart toilet, they can get one for their dog. Inubox is basically a high-tech litterbox for dogs that makes it possible for a dog to step up on a shelf, do its business and be rewarded with a treat. The machine then closes up, seals the water into a bag, cleans itself and leaves the bags for the dog’s owner to toss.

If that all sounds a bit too high-tech, there’s the Y-Brush: a simple, non-electric, non-smart device that promises to clean one’s teeth as effectively in 10 seconds as a regular toothbrush can do in two minutes.

Then there is our favorite: the self-driving carry-on suitcase, which is a rolling bag covered with sensors and equipped with a motor. It can recognize its owner and automatically roll along behind them without any physical input. The bag also comes with a wristband, so it can signal its owner if it gets lost.

But between the showy and the strange this year at CES, there were those that have the potential to ignite some new payments and commerce experiences. Some of them were a little unconventional and many originate from far outside of the box, but they all might be worth watching to see how they portend the future of how consumers will shop and pay in the not-too-distant future.

The Retail Robots Are Coming … Maybe

Among a slew of other announcements at CES, Samsung snuck in some rather interesting robot-related news: The firm has developed three new consumer and retail robots, as well as a wearable exoskeleton.

The first of the new potential offerings is Bot Care, a healthcare robot designed for the elderly that is programmed to do things like offer medication reminders, health briefings and the ability to check vitals with a finger scan. The bot also offers yoga lessons, as well as the capability to make and send prescription refills. It also features an emergency system that will dial 911 if a user falls.

Bot Air is a small, trash can-shaped robotic creature that cruises its environment checking air quality and cleaning it as necessary.

Bot Retail rounds come equipped with a touch screen, allowing users to input orders, as well as a series of shelves on the back for delivering food and merchandise.

The robots were all reviewed as “extremely lifelike” with a “sense of personality rarely seen outside of movie robots like WALL-E.”

They were also reviewed as fairly quick and able to perform a series of useful tasks, albeit at a small scale. But, reviews noted, if the robots perform as well in real life as they do in the demo, “Samsung may have truly cracked the code of personal care and retail robotics.”

That is, if Samsung is really interesting in doing so – which, in the aftermath of CES, isn’t entirely clear.

A Samsung spokesperson reportedly told media that the technology was still in the very early stages of development and that there is not an official timeline for rolling out these robots for medical, personal or retail use. How deeply they will get involved in developing these robots beyond a well-reviewed demo at CES remains to be seen.

Also rolling out retail robots was Ubtech with Cruzr, a retail-targeted robot programmed to greet customers at the door, pull up information about in-store products through a touch screen interface and then guide the customer to the products upon request.

Reviewed as a large, friendly-looking robot, Cruzr will be available for use in retail locations by the end of 2019.

The Very Wild World of Wearables

Wearables with all kinds of functions have become a hallmark of CES over the last few years.

iGlam’s LED-lit smart jewelry gives wearers the option to custom-set the color of their accessories to the outfit they are wearing, which could come in handy for every aspiring fashionista.

Others seem a bit more dubious. Take the Monit Smart Diaper device. Attaching to the outside of a diaper, the device detects when the diaper needs changing and alerts a caregiver. One wonders if this is really a pain point that needs solving with technology, since there is a pretty well-established and reliable analog method of figuring this out. That said, the device is already popular in Korea and Japan, and Monit announced they are working in partnership with Huggies to bring it to the States.

2019 was also a year when payments power made an appearance – and with some well-known brand s.

Fashion brands Kate Spade and Michael Kors both introduced second-generation smartwatches with upgraded payments capabilities. Fossil is the brand behind both firms’ fashion smartwatches, and it has itself been pursuing payments-ready wearables with its own line of smartwatches.

In more experimental payments wearables news, smart fitness ring maker Motiv plans to launch heart rate biometrics for payments authentication later in 2019, according to reports in The Verge. The Motiv ring started as a fitness tracking product meant to measure a user’s heart rate for the purposes of tracking their exercise and activity. But in the second half of this year, the firm will look to leverage its ability to read a heartbeat like a fingerprint and use it as an authentication tool, as well as a payments authorization.

The ability to let wearables communicate with point-of-sale terminals to authorize payments, however, is not available on any current Motiv ring models. The first edition with that capability will be available later in 2019, according to the company.

So, will the new tech on offer at CES change the world of commerce, retail or payments as we know it? It’s a hard prediction to make. We feel pretty certain that America’s love affair with smart toilets is unlikely to begin anytime soon – but a suitcase that doesn’t even need to be pushed? Who doesn’t want that? If it packed (and unpacked) itself, it would be the perfect innovation.

And while other items are perhaps a bit more niche, we’re in wait-and-see mode to find out if consumers will get up-close and friendly with a robot store clerk if push comes to shove. Well, that is, if consumers still go into stores in the future.

That’s a long way of saying “stay tuned” – you never know when what looked like a weird idea on the CES floor will turn out to be the next big thing. 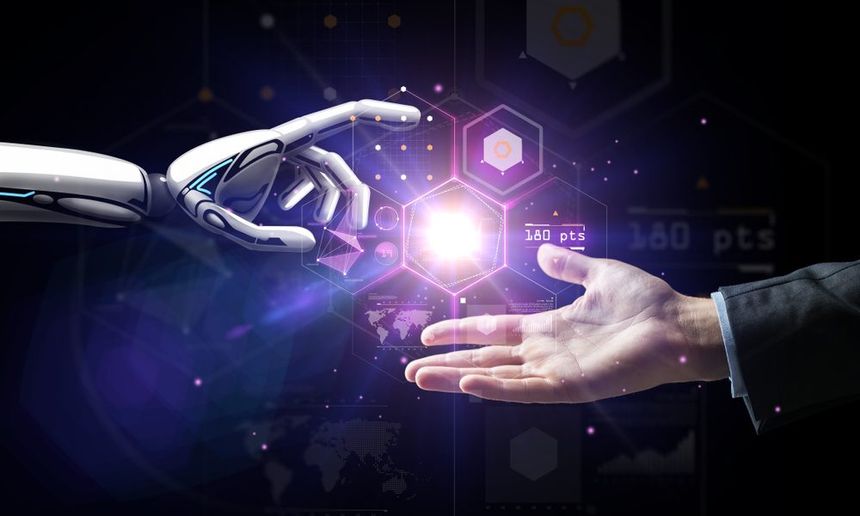