Goldman Sachs has signed up 100,000 customers to its new retail bank, Marcus, in just over a month – and now plans to launch a cash Isa and wealth management service.

The firm known as the 'Vampire Squid' for its powerful grip on the banking industry, launched Marcus, an online-only retail bank, in September with a savings account paying 1.5 per cent interest.

Executives told The Mail on Sunday that the bank had attracted deposits of more than £2.3 billion. That means the average saver has deposited £23,000.

Big plans: Goldman is known as the 'Vampire Squid' for its powerful grip on the banking industry

Marcus has promised to shake up the savings industry with simple and competitive accounts – and its growth has already prompted rivals including Barclays to raise rates.

UK managing director Des McDaid said customers were fed up with being sold confusing accounts with catches that caused their interest rates to plummet. 'Customers shouldn't need a degree to work out how an account works,' he said.

Marcus is now looking to introduce more savings products, such as cash Isas, but McDaid declined to say when the division would begin lending out deposits, or what form these loans would take. Under ring-fencing rules, banks cannot use deposits from retail customers for investment banking activities.

Goldman has earned a fearsome reputation for its unrelenting pursuit of profit, and the launch of Marcus is an attempt to present a friendlier face to retail customers.

Harit Talwar, the Goldman banker charged with leading Marcus's global expansion, told The Mail on Sunday that savers were angry about how they were being treated by banks – and that Marcus had a chance to win them over.

'People who save feel disrespected by the financial services industry,' he said. 'What does that reflect? Banks are only trying to manage for themselves.'

He said the bank also wanted to launch a wealth management arm for the mass market in the UK.

'We have both in the US and the UK a very strong, successful, wealth management business for ultra-high net worth individuals,' Talwar said.

'We are planning to translate some of our best investment products and advice to be relevant for a wider spectrum of customers.' The move is part of Goldman's strategy under its new chief executive, David Solomon.

In the US, Talwar convinced former chief executive Lloyd Blankfein to call customers and thank them for their business, a level of service normally reserved for corporate clients. There are plans to do the same in the UK.

Talwar said: 'Here in London we'll have [UK chief executive] Richard Gnodde calling customers and thanking them for their business.'

He said the idea of launching a digital retail bank first surfaced in 2014 at the residence of Gary Cohn, Goldman's president at the time.

Over brunch in the Hamptons – an affluent part of the New York coastline – top executives decided that offering financial services to consumers online would be a major source of revenue growth over the next decades. 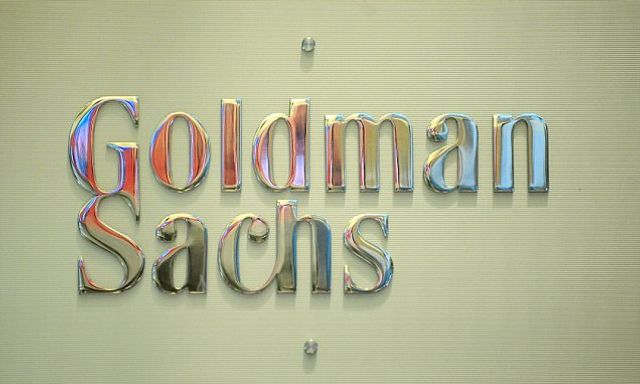