On the surface, all seems well in UK fintech. While several big banks move their headquarters away from the UK, few fintech companies seem to be drawing up plans to run for the continental hills of Europe, ahead of Brexit next March. None of the country’s top ten fintech firms have left. But look closer, and the picture gets more complicated.

The UK fintech sector is greatly reliant on foreign talent – out of some 76,500 fintech employees in the UK, 42 per cent come from overseas. These are mainly computer experts and software developers from the EU, Norway, Iceland and Liechtenstein. But ahead of Brexit, there are already warning signs that London fintech companies are finding it much more difficult to source the tech talent they need.

A recent report by Innovate Finance warns that - based on conservative assumptions - UK fintech firms could see a three per cent workforce gap by 2030. Translated into money, that’s a direct loss of £361 million to the sector. Already, nearly half of all companies say that they are or are planning to take action – with the vast majority of them (86 per cent) considering to relocate outside the UK.

Dan Atkinson, chief people officer at digital bank Tandem, already sees the Brexit impact. During the past few months, the number of foreigners applying for jobs with his company has been falling steadily, and he’s worried the trend will continue because of the “uncertainty surrounding Brexit and as competition from other European tech hubs continues to increase”. Nick Harding, the boss of P2P platform Lending Works, agrees: Brexit deters EU nationals from coming to the UK. They can’t be replaced by non-EEA migrants, he says, because it’s also getting trickier to arrange visas for them – ever since the government introduced higher income threshold for migrants.

Fintech is not the only sector struggling. In June, an analysis by the Global Future thinktank highlighted the NHS’ reliance on overseas talent; because of Brexit, the country’s health services is now failing to attract European staff to come to the UK. The fight to secure work visas for non-EEA nationals has eased off in recent weeks, though, after the government decided to give doctors and nurses a blanket exemption from visa rules. They used to snap up about 40 per cent of the Tier 2 visas for skilled workers, which now can go to business.

Still, the UK’s fintech founders are getting worried and may soon pressure politicians to move the goalposts. “The UK government talks a lot about supporting fintech and tech generally, but there’s no real special accommodation made for fintech businesses when it comes to visas,” says Christian Faes, co-founder and CEO of property lending platform LendInvest, which has lent more than £1.65bn to date.

The government currently makes 20,700 Tier 2 visas available each year, plus it has promised the tech sector a leg up to cope with the scarcity of visas. But in reality the visa allocation for the tech sector is miniscule compared to its overall employment needs.

In recent months, says Faes, multiple visa applications for prospective employees of LendInvest have been rejected. “For a business like ours, if there’s too much red tape and processes and delay, we just go elsewhere,” he says, adding that his firm is now actively looking into establishing a tech hub abroad. At Lending Works, Harding says he is also researching how to cope with the shrinking of the UK’s tech talent pool.

Few companies are prepared to talk about Brexit, but the timing of their moves to the mainland is telling. RateSetter opened an office on the continent just weeks after the Brexit vote. Zopa, the world’s original peer-to-peer lender, set up a tech hub in Barcelona in June 2017. Neyber, which offers loans as part of employee benefit schemes, a year ago struck a deal with a third party which is now taking on some of its engineering functions. Of course, not all overseas activities can be blamed on Brexit. Whether it’s Transferwise, Revolut or Funding Circle – their overseas operations just show that they are international businesses operating in a globalised world.

It’s not only hiring foreigners that is causing headaches for UK fintechs. “Brexit is also a major source of concern for our existing EU employees,” says Tandem’s Atkinson. “We are doing all we can to support them, be that providing accurate information or committing to pay any charges associated with the recently announced settlement scheme for European citizens.”

The talent crunch, however, does not seem to affect every fintech firm. Chad West at digital banking giant Revolut says his firm has neither seen other EU citizens become more reluctant to work in London, nor has experienced any issues obtaining visas for engineers from outside the EU. After all, he says, it makes “no practical sense” for the government to deny high-salaried, high tax-paying tech talent entry to the country.

Revolut is adamant about keeping its headquarters in London, which West calls the fintech hub of not only Europe, but the world. Still, that’s easy to say for Revolut, which also has a large office in Krakow, Poland, and large engineering hubs in Moscow and Saint Petersburg.

As long as the EU and the UK have not agreed on the details of their future relationship, it’s impossible to predict how Brexit will play out for the British fintech sector. Based on anecdotal evidence and the projections of Innovate Finance and WPI Economics, though, the sector is clearly set for a ‘war for talent’ (which is very much a cliché, by Faes’ own admission). Should it break out, UK fintech firms may be forced to shift some of their tech operations overseas.

“I don’t want to [open a tech hub abroad],” says Faes, “I’d prefer to be in the UK, but I think the reality is that while the UK government gives a lot of lip-service to fintech, in some respects it’s not much more than that.”

The UK fintech sector is greatly reliant on foreign talent – out of some 76,500 fintech employees in the UK, 42 per cent come from overseas. 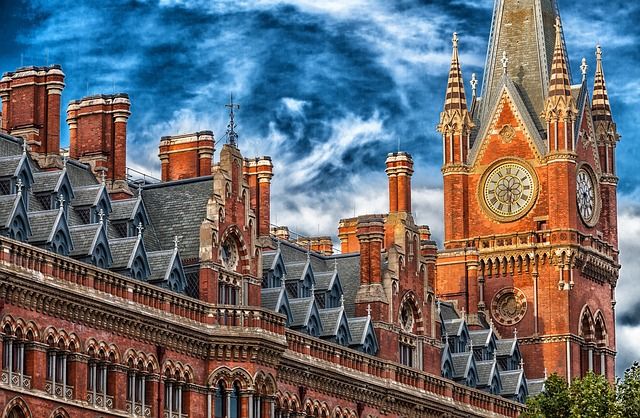