For the past six months, J.P. Morgan Chase has quietly been shuttling clients to the bank's technology lab on the West Side of Manhattan for a glimpse at the future of work.The executives — treasurers and finance chiefs of some of the world's biggest companies — were introduced to an artificial intelligence-powered servant that J.P. Morgan hopes will soon be able to answer queries and anticipate their needs, a first in the world of corporate payments. But before that could happen, the machine needed contact with people to figure out what makes humans tick. The bank is widening the trials with select clients next week and plans to release it to more companies next year. "I am continuously learning and improving," the program says shortly after introducing itself in a chatbox. "Watch out for new features."

J.P. Morgan's latest attempt at furthering automation in finance is happening in its treasury services division, a key business that helps corporate clients from Honeywell International to Facebook move money around the world. Unseen by retail consumers, the unit handles an average of $5 trillion daily, from the mundane (payroll and supplier remittances) to the unusual (multibillion-dollar checks for huge mergers).The area, once considered boring, has gotten more attention lately. Activist investor ValueAct Capital Partners built a $1.2 billion stake in Citigroup this year partly on the strength of the bank's treasury services unit and other steady, hard-to-dislodge services where technology is lowering costs. The industry's revenue is expected to grow 7 percent a year through 2025, according to J.P. Morgan.

Big lenders, including Bank of America and Wells Fargo, have already rolled out virtual assistants to millions of retail customers, but the technology is just making its way to corporate clients, who present bigger challenges for artificial intelligence programmers. For instance, while a checking customer typically has a handful of accounts, a company could have 10,000 accounts in dozens of currencies around the world, and each individual corporate user typically has permission to see only certain accounts.

It's the latest example of technology that was pioneered for retail use spreading to institutional clients. Earlier this year, J.P. Morgan rolled out Amazon's voice-activated assistant Alexa for investment banking clients to help them access research. Not long after the bank created mobile apps for its trading business, clients were using them to execute large trades, including a $400 million currency wager last year.The bank, which is hoping to unseat Citigroup as the leader in wholesale payments, started its virtual assistant project late last year after clients asked for an easier way to navigate the firm's online portal, according to Jason Tiede, innovation head for treasury services. The bank hired a New York-based startup called Kasisto to run the program's AI engine.

Today, users have to navigate through some of the website's 1,200 pages to do such things as send wires or export data from multiple accounts to determine balances, he said. Soon, clients can simply ask the assistant for information on balances.The AI program — which has yet to be given a name — learns from its users, seeing what questions they typically ask and patterns their actions, Tiede said. It will eventually be able to make recommendations: for example, call these 5 customers first because they are late on payments. The plan is for it to spread beyond desktop computers to mobile and voice-activated devices, he said.

J.P. Morgan wouldn't disclose what it spent on this project but has said that 40 percent of its $10.8 billion annual technology budget is devoted to new efforts, including AI, robotic process automation and blockchain. "Based on your behavior each time, it will start to learn what you ask for," Tiede said in an interview. "We think there's a huge opportunity to suggest creative and insightful recommendations to clients. When you log in, it can say, 'Looks like you have sent 100 US dollar wires to Singapore. Do you know you could send a foreign-exchange ACH payment instead? Click here to sign up.'"Treasury services made about $7.6 billion in revenue last year, mostly on fees, currency exchange and lending out some of the division's roughly $350 billion in deposits. But a big growth area is in providing analysis from the data the bank sees, and this virtual assistant is one way to deliver that, Tiede said.Before that happens, though, the program needs to mature further. J.P. Morgan is starting a pilot next week with a few dozen users from technology, e-commerce and manufacturing firms. The bank is also adding human employees as a backup in case the program is flummoxed."We're saying to these pilot clients: You need to use this every day," Tiede said. "Even if it's not able to solve your needs, seeing what you write helps it to learn."

Correction: This story has been revised to clarify that J.P. Morgan's treasury services, including both the corporate investment and commercial banks, made about $7.6 billion in revenue last year. 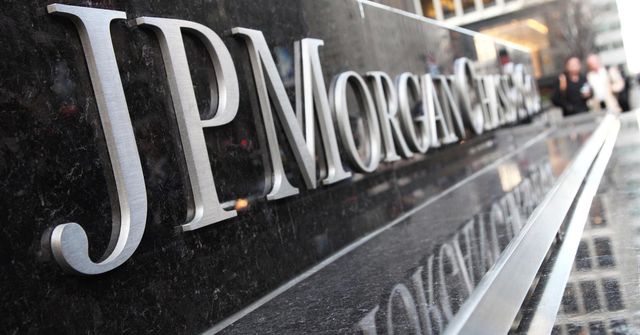 J.P. Morgan is unleashing AI on a business that moves $5 trillion for corporations every day. https://t.co/5dF6zm99M9