Ant Financial’s consumer lending has reached at least 600 billion yuan ($95 billion) despite the affiliate of Alibaba Group Holding Ltd. facing a tougher environment for securitizing its loans, people familiar with the matter said.

From the start of 2017 until this month, Ant’s consumer lending has doubled via its Huabei and Jiebei units even as the government reduces quotas for new asset-backed securities that can underpin such loans, one of the people said, asking not to be named as the matter is private. The loans can incur annual interest rates as high as 15 percent, although they are normally less than that, another person said.

Controlled by Alibaba Chairman Jack Ma, Ant has become a financial giant that was said to be valued at $60 billion and currently has more outstanding consumer loans than China’s second-biggest bank. The Hangzhou-based company has evolved from the Alipay payments business into money market funds and micro-loans and is said to be considering an initial public offering. The struggle to issue new ABS could dramatically hamper growth as Ant would be forced to carry more of the loans on its balance sheet or reduce lending.

China has been making it harder for online finance companies to create ABS, complex financial products that repackage debt to be sold on to investors. Ant Financial sold just 10.7 billion yuan of ABS this year, compared with 31 billion yuan in the first quarter of last year, according to data compiled by Bloomberg. Ant issued a total of 243 billion yuan of ABS in 2017.

Ant Financial declined to comment in an emailed statement.

Ant Financial’s outstanding consumer loans are almost 3.7 times the size of China Construction Bank Corp.’s. In the past three months, regulators halted the approval of sales of ABS backed by loans not specifically for shopping, people familiar with the matter have said.

Ant’s lending practices have helped fuel consumption on Alibaba’s online shopping platforms, with any slowdown in loan growth likely to hit the ability of users to buy everything from iPhones to hairdryers.

Last month, Alibaba announced it would buy 33 percent of Ant Financial in a move seen as clearing the way for an IPO. Alibaba hasn’t held a stake in its finance affiliate since Ma spun out the business in 2011. 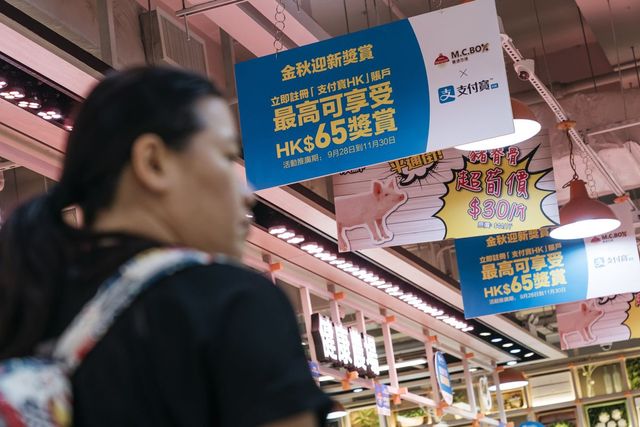