State Street has become the latest banking colossus to invest in a UK financial technology start-up by backing PensionBee, which helps people who often move jobs to bring their pensions together into a single online platform.

PensionBee has signed up 55,000 people to its pension consolidation platform since its launch in 2014 and aims to use State Street’s industry contacts to start licensing its technology to larger pension providers for use themselves. “There is about £1tn of direct contribution pension assets in the UK and our aim is to help as many people in the market — and that means going out directly to customers but also going the business-to-business way,” Romina Savova, founder of PensionBee, told the Financial Times.

PensionBee has built an online platform that allows customers to track their various pensions. Users list their employment history and the platform brings their pensions into a single plan, which is managed by Legal & General, BlackRock or State Street. The fintech has £100m of assets under management, with a further £125m of pension in the process of being transferred. It charges annual fees between 0.5 per cent and 0.95 per cent, at the low end of most actively managed funds.

The deal is a great example of how fintechs are becoming part of the longstanding ecosystem in more formal waysRomina Savova, founder of PensionBeeState Street’s investment will help the company to expand into new markets, such as Ireland and the Netherlands, as well as expanding its assets under management, said Ms Savova.

The chief executive said the company aimed to reach assets under management of £10bn-£15bn by 2022. “But that would still only be 1 per cent of the UK market,” she said. State Street is the latest big bank to invest in one of the UK’s myriad fintech start-ups. Goldman Sachs this year bought a stake in Neyber, the online employee lender, and in 2015 Spain’s BBVA invested in Atom Bank, the app-based bank available on mobile devices. The US global custody bank has been following the digital disruption of financial services closely and last year Jay Hooley, its chief executive, wrote an article entitled: “The fintech ultimatum: adapt or die”.

State Street will become the biggest external shareholder in PensionBee with an observer seat on its board of directors, which is chaired by Mark Wood, the former chief executive of UK insurer Prudential.

Ms Savova, who started talking to State Street about its investment last year when seven months pregnant, said: “They are currently the biggest proponent of gender equality in the boardroom and the interactions I have had with them only reinforces this.”She added that the deal was “a great example of how fintechs are becoming part of the longstanding ecosystem in more formal ways”.

£100m of assets under management, with a further £125m of pension in the process of being transferred. It charges annual fees between 0.5 per cent and 0.95 per cent, at the low end of most actively managed funds. 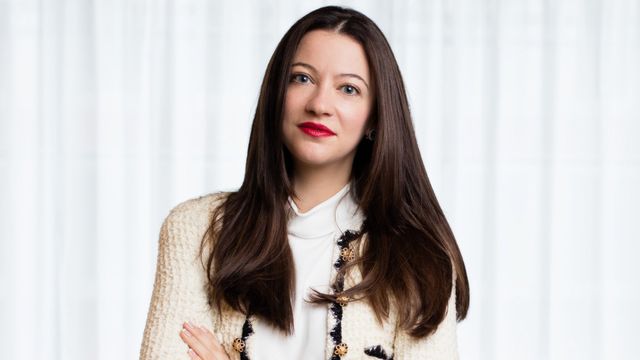 Delighted for @pensionbee to get the backing of @StateStreet - congratulations! https://t.co/jG5J4FCAI7 #pensions #fintech