Ride-hailer also inked a new partnership with the Sovico Group

Grab's latest investment in Vietnam will intensify its battle for supremacy with Go-Jek's Vietnam brand Go-Viet. (Photo by Akira Kodaka)

SINGAPORE -- Ride-hailing giant Grab will pump an extra $500 million into Vietnam over the next five years, as the company expands its transport, food-delivery and payments network across Southeast Asia.

The Singaporean company said the new investment will spur development of Vietnam's digital economy, creating millions of income opportunities for Vietnamese, and will come on top of the $200 million Grab has already committed through to the end of 2019.

"We've had a phenomenal run in Vietnam," Russell Cohen, Grab's head of regional operations, told the Nikkei Asian Review. "This investment of $500 million really is the beginning of [the] second phase of our journey in Vietnam."

Valued at $14 billion and backed by Japanese tech investor SoftBank Group, Grab began in 2012 as a taxi-booking app, gradually diversifying into e-payments, microlending and insurance. The company currently operates in eight countries in Southeast Asia.

With most of Grab's revenue still coming from its transport business, Grab has had to invest hundreds of millions of dollars to keep pace with regional rivals such as Indonesia's Go-Jek. The company says it has more than 4.5 million drivers in the region, and it hopes to double its revenue to $2 billion this year.

Grab has over 1,000 staff in Vietnam, including more than 100 engineers at its research and development center in Ho Chi Minh City. The company hopes to hire another 50 engineers by the end of the year.

According to market data and analytics specialist App Annie, Grab was Vietnam's most downloaded ride-sharing app from January to July, followed by Go-Jek, Be and FastGo. Since entering Vietnam in 2014, Grab has grown as a player in ride hailing for cars, taxis and bikes, as well as in logistics and food delivery.

Cohen said favorable business conditions in Vietnam are a key reason behind the company's decision to increase its investment in the country, which is one of Grab's fastest-growing markets. "We have clear market leadership in a range of areas," Cohen said. "In particular, in transport and food, and with our mobile wallet."

Vietnam launched a "sandbox" initiative for the sharing economy in July, allowing tech companies to experiment with new approaches and business models in a more relaxed regulatory setting.

Grab entered Vietnam's online payments industry in 2018, after buying a stake in local fintech company Moca. Total payments volume on Grab's mobile application rose 150% in the first half of this year, and monthly mobile active users grew by more than 70%.

Asked how Grab is faring in its battle for Southeast Asian supremacy against rival Go-Jek, Cohen said working around competitors was not the company's primary concern. "Our strategy has always been, and will continue to be, to focus on Grab services in a country, our customers -- and providing what we think and what we hope to be an outstanding customer experience."

But the company still has not rolled out its promised payment service -- a feature that Go-Jek founder Nadiem Makarim has called "the glue that connects all of these services together."

Grab also inked a partnership agreement on Wednesday with the Sovico Group, the co-founder of Vietjet Air, that will see the two companies cooperating in areas such as mobile technology solutions and logistics.

"If you imagine today, our GrabExpress business focuses delivery in a city only -- within the capital cities," said Cohen. "I will be expanding that to inter-city [deliveries], and potentially even international, using Sovico's logistics assets," he said. 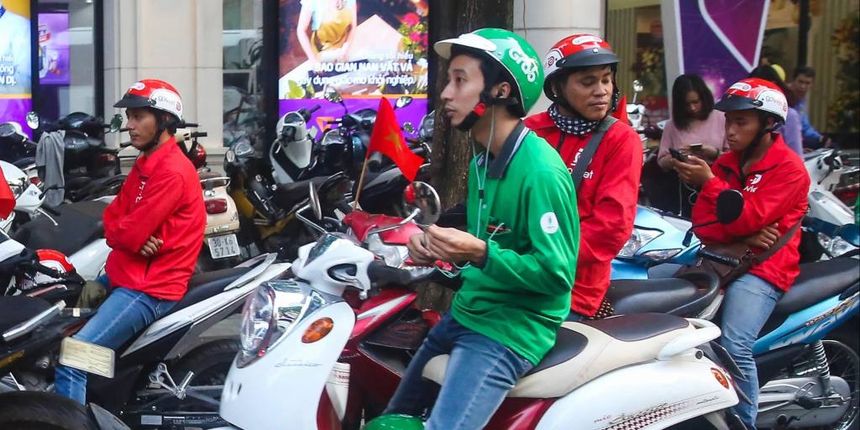