It took a while, but it seems that Southeast Asia’s rival super apps Gojek and Grab finally have an investor in common.

Last month, Gojek revealed that it had raised an undisclosed sum in investment from Visa as part of its ongoing series F round. As part of the deal, the two companies will work together on cashless payments in Southeast Asia.

A source familiar with the matter says that the US credit card giant has also invested in Gojek’s archrival Grab. However, neither Grab nor Visa commented on their relationship when asked to do so by Tech in Asia.

Grab and Gojek are typically painted as being locked in a battle for dominance in Southeast Asia, with each vying to become the region’s one-stop super app. So by backing both, is Visa simply hedging its bets? Or is there a more sophisticated strategy at play?

A glance at Visa’s publicly reported venture deals suggests that Gojek is not only its first Southeast Asian investment, but also its first investment in a non-“pure” fintech company. (Grab would also fit the bill, but Visa’s investment hasn’t been confirmed by either company.)

Varun Mittal, head of the global emerging markets fintech practice at Ernst & Young, doesn’t think that Visa faces any conflicts of interest in backing both startups. The Southeast Asian market “isn’t a zero-sum game” because it’s large enough to have multiple players, he tells Tech in Asia.

He likens Visa’s strategy to that of sectoral allocation for individual retail investors or purchasing shares in an ETF providing broad coverage across all stocks in a given industry vertical.

“You don’t buy only one stock, you buy different stocks – the different players who are in competition in that sector. [By doing so,] you are showing your commitment and your vision about that sector, and you’re saying that you see that sector growing and showing potential,” he says.

Mittal also points out that in Southeast Asia, there are several ecosystems, such as cards, cashless, and digital. “By limiting yourself to one player, you’re almost saying you won’t [fully] participate,” he adds.

Grab and Gojek [offer] an angle into these markets that aren’t traditional card markets.

Moreover, backing both companies shows that Visa interested in a lot more than just potential financial returns. With its investments, the credit card giant instantly links itself with the two of the most widely used mobile wallets in a largely unbanked region – GrabPay and GoPay.

“These are markets where card penetration isn’t high yet,” says Zennon Kapron, director of financial services consultancy KapronAsia. “Depending on how [Visa] leverages the relationships with Grab and Gojek, [investment] offers an angle into these markets that aren’t traditional card markets.”

For their part, the e-wallets get associated with a globally recognized financial services brand.

Visa’s potential backing of both Grab and Gojek may have been partly driven by its past experiences with the Chinese market. The US card provider effectively missed the boat as China underwent its rapid transformation from a cash-based society to one run on digital payments, with local tech companies like Ant Financial and Tencent dividing up the market among them.

Nowadays, it’s the norm for Chinese tourists to go into a pizzeria in New York and pay using Alipay, or to buy a Louis Vuitton handbag in Paris and use WeChat Pay. Those kinds of transactions used to be handled by Visa and Mastercard. If traditional card providers aren’t able to establish themselves in Southeast Asia’s digital payments space, they may find themselves left behind – again.

For the full article:

Why Visa’s backing both Grab and Gojek 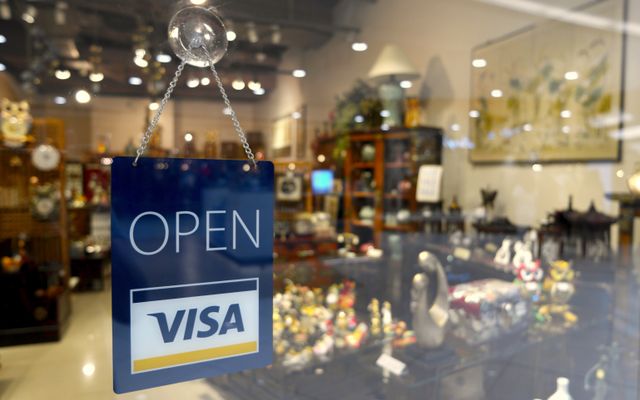