Go-Jek contributed 44.2 trillion rupiahs (US$3.1 billion) in added value to the Indonesian economy last year based on income made by drivers and merchants using its platform, according to research from the Demographic Institute of the Faculty of Economics and Business (LDFEB), Universitas Indonesia.

The study tallied the “additional income” made by partners working in each of four verticals that make up the Go-Jek platform.

“Additional income” refers to revenue generated by Go-Jek’s partners after they joined its platform, on top of what they would’ve made if they hadn’t signed up, said LDFEB associate director Paksi Cattra Kamang Walandouw.

“The study calculated the difference between Go-Jek partners’ earnings before and after they joined,” he told Tech in Asia. “We then weighted that difference in proportion to the Go-Jek partner population per service type. The result is the contribution or added value from Go-Jek partners’ income to the Indonesian economy, as a direct result from them having joined Go-Jek.”

Here’s the breakdown by service type, according to the LDFEB study:

Respondents had to have been active on Go-Jek’s platform within the last three months, and were selected by simple random sampling based on the company’s overall partner population.

Walandouw claimed the research represents “the largest study of its kind” and believes its findings are “extremely accurate as it involves speaking directly with primary sources rather than depending on secondary data or industry research.”

“Due to the scale of the study and large sample size, we do not believe that anomalous answers would have a significant impact on the results,” he added.

The researchers also calculated how much Go-Jek partners earn in comparison to the average minimum wage in different areas, indicating a substantial earnings boost for “informal economy” workers that join the platform:

This premium on earnings has a positive knock-on effect on the wider economy as it enhances Go-Jek partners’ “welfare and economic mobility” and their spending power as consumers, the researchers claimed.

Go-Food merchants are a somewhat different case, as the majority are small and medium-sized enterprises (SMEs) that operate independently while leveraging Go-Jek’s platform for deliveries. The survey found that 93 percent of these SME respondents experienced an increase in transaction volume after joining Go-Food, with 74 percent seeing an increase of over 10 percent. Eighty-five percent of food merchants said they use additional revenue earned through Go-Food to reinvest in their business.

The study didn’t provide figures for merchant revenues before and after joining the platform.

It also didn’t indicate how much of partners’ increased earnings might be attributable to subsidies and rewards handed out by Go-Jek.

Subsidies have been one of the main weapons wielded in the battle between competing ride-hailing apps. While Uber’s exit from Southeast Asia last year led to a lull in their deployment, Go-Jek’s expansion beyond Indonesia – and archrival Grab’s determination to take market share in the archipelago – are seeing them creep back into the picture.

A Go-Jek spokesperson told Tech in Asia that the company expects to up its reported contribution to the Indonesian economy in 2019.

“It is difficult to pull out a specific area for growth as we are seeing excellent uplift in usage across all 19 verticals, but we expect food and payments in particular to be two of the areas that will allow us to create significant additional impact for the people of Indonesia over the coming year,” they said.

Tech in Asia has asked Go-Jek to provide further detail, if any, on its relationship with LDFEB, or if it commissioned or funded the research. Tech in Asia has also asked Grab to provide data on its economic impact to regional economies, and will update this article as necessary.

Go-Jek added $3b to the Indonesian economy in 2018, study claims 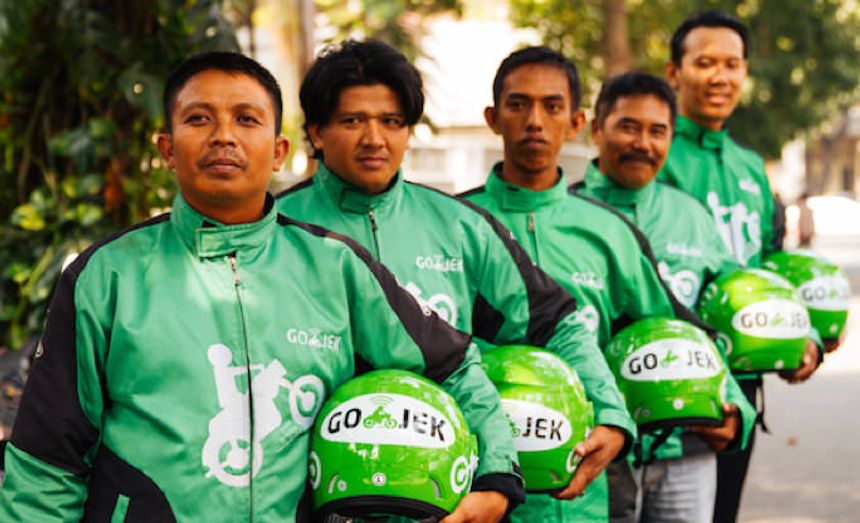