In January, CNN reported on how authorities busted a Chinese underground money-smuggling ring that laundered more than US$4.4 billion. The syndicate’s activities allowed Chinese nationals to withdraw funds at Macau casinos by using smuggled point-of-sales (POS) terminals to disguise the transaction as a domestic one. The scheme stemmed from Chinese regulations that prevent citizens from withdrawing more than US$15,000 per year overseas.

This is just one of many examples of how technology could be exploited for illegal activities, and it’s something that Sean Lam, co-founder and CEO of fintech startup Jewel Paymentech, wants to address.

A concern for customer due diligence

To combat fraudulent activities like money laundering, payment facilitators such as banks traditionally perform customer due diligence with their merchant partners. For instance, banks first need to ensure that the operations of a shop is “clean” before they can issue a credit card terminal.

“The idea is you have to figure out who that person is: Make sure he isn’t dodgy and that he doesn’t bring risks to the financial institution,” explains Lam. “In the old days, it’s usually done face to face. The officers see the merchant, they take his thumbprints, get a copy of his signature… it’s a whole process.”

With the increasing adoption of e-payment processes, however, Lam says it will become increasingly difficult to identify fraudsters from the numerous merchants requesting for POS terminals from banks.

“Today, e-payments probably account for slightly above 30 percent of transactions in the market,” he says, citing data from Jewel Paymentech research. “But once that number gets to 90 percent – which means that acceptance points for e-payment have grown tremendously – banks, networks, operators, and telcos don’t have the resources to hire nine times more people [to perform due diligence on merchants].”

This is where Jewel Paymentech comes in. It enables payment facilitators to remotely perform due diligence through the use of artificial intelligence. Lam says that the company uses machine learning models, neural networks, and deep learning models, which help decide if merchants are “good enough” for banks to support.

“Our products are designed to provide instant decision-making,” he shares. “When it comes to products being sold online, the system basically says, ‘That looks like a gun. This looks like an e-cigarette – you shouldn’t be selling it.’ So the computer makes those decisions, and not humans.”

The birth of the idea

The inspiration for Jewel Paymentech came to Lam when he was the director of fraud and security risk at Visa Singapore in 2014. He and one of his co-founders, Wooi Siang Lee, Visa’s former head of credit settlement risk in Asia Pacific, realized that there was a severely underserved component of risk prevention in the merchant acceptance business.

“The reason why payment networks like Visa are still so successful until today is acceptance – the fact that when you have a Visa card in your wallet, you know that you can go to any hotel in the world and pay with it,” Lam says.

He contrasted this to what e-wallet providers are currently doing: focusing on consumers instead of merchants. “Everybody is trying to give incentives to spend, but they never really focus effort into making sure you can spend [them] at every merchant,” he shares.

Lam adds that he and Lee saw an opportunity to further enable the acceptance points for e-payments by digitizing due diligence processes to make them easier. “We came up with this because we want to be the ones to help payment facilitators deal with the risk issues of acceptance,” he recalls.

From zero to accreditation

Jewel Paymentech’s founders faced a lot of challenges in their first year of operations, trying to build a minimum viable product with “an empty laptop and zero lines of code.”

There was a lot of pride and joy in seeing our little code grow up into a product, seeing that product go to market, and then bank after bank buying it.

In 2015, the fledgling company participated in SPRING Singapore’s ACE Startups Grant where it was given the opportunity to get US$37,069 – on the condition that the Jewel Paymentech team can get to work with at least two banks.

“It was a really tall order, but we managed to do it in a little over a year,” Lam says. “There was a lot of pride and joy in seeing our little code grow up into a product, seeing that product go to market, and then bank after bank buying it.”

It was then that Jewel Paymentech was approached by the Infocomm Media Development Authority of Singapore (IMDA) to be part of its Accreditation@SG Digital program. Lam, however, recalls that the startup was not ready then for the comprehensive auditing process that was required for accreditation.

“We didn’t have enough people and we were so busy, so we said we’d wait,” he says. “It was early 2018 when we realized that we needed to get that badge of honor because it’s actually really important.”

Lam shares that clients would often ask if the company was IMDA-accredited. After finally getting the certification, the doors that it opened for the team were worth more than gold, he claims.

Leveling the playing field for the financial industry

Jewel Paymentech is now looking to expand its services to reach more traditional financial institutions such as smaller provincial banks.

“It’s a big challenge because a lot of systems, processes, and people have to come together for that to happen,” notes Lam. “It’s no longer about fintechs trying to eat into the market share of banks or networks; it’s about banks and networks leveling up their game against the fintechs.”

He hopes that the startup can become a full service provider for financial institutions that want to “get into the digital payments space safely and securely” and move away from just providing piecemeal services – a goal that Lam will work toward in the coming year.

“I want to be the provider for the whole nine yards,” he concludes.

How these former Visa execs are fighting fraud with AI-enabled fintech While technology has revolutionized the payments sector, it unfortunately also gave rise to more cunning criminal schemes. 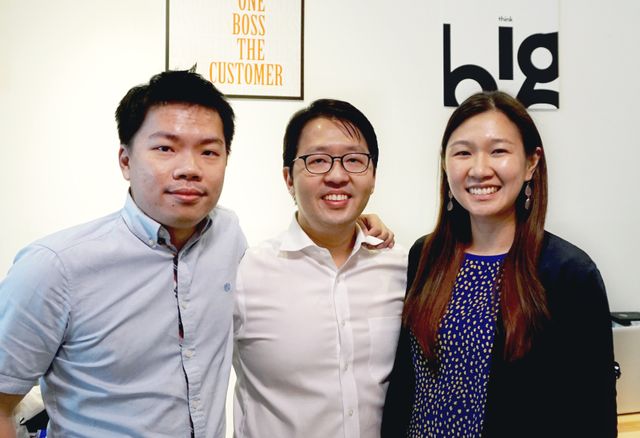