Singapore, which for years was seen as Asia’s preeminent financial center, has been overtaken by Hong Kong in managing offshore money, according to a wealth report compiled by Boston Consulting Group.

The reversal at the top of wealth league tables underscores the force of mainland China, where the number of affluent and ultra-rich are growing at a far greater pace than in the U.S. or other big financial hubs such as Switzerland. Hong Kong has advanced to the banking center for China's millionaire and billionaire class, despite increasing government efforts to stem the flow of capital out of the country.

Hong Kong is currently home to $1.1 trillion of offshore wealth, and boasts an 11 percent annual growth rate. Singapore currently ranks in third place, behind Hong Kong and Switzerland, with $900 billion. Taken together, the two Asian hubs are within striking distance of Switzerland, the world's largest offshore haven with $2.2 trillion in assets.

It’s a quick turnaround for Hong Kong, which trailed its southern adversary in last year's tables: then, Singapore was reported with $1.2 trillion of offshore assets versus Hong Kong's $800 billion.

While Singapore is still growing at a very respectable 10 percent annually, an Indonesian tax amnesty and the rise of onshore private banking in countries like Thailand and the Philippines have eaten into Lion city's haven appeal. Both Asia cities are still expanding apace compared to Switzerland: the alpine nation's wealth industry is growing at a feeble 3 percent.

Foreign banks as well as Asian lenders have rushed to tap the Hong Kong's wealth industry. Chinese attempts at capital controls and cracking down on corruption have had little effect thus far on wealth managers in the territory. The glut of private banks in the city has driven real estate prices up, as well as fueled a war for talented private bankers which is increasingly fought on salary

Hong Kong has turned the tables on its Asian wealth rival Singapore, according to a new report. What does this mean for wealth managers 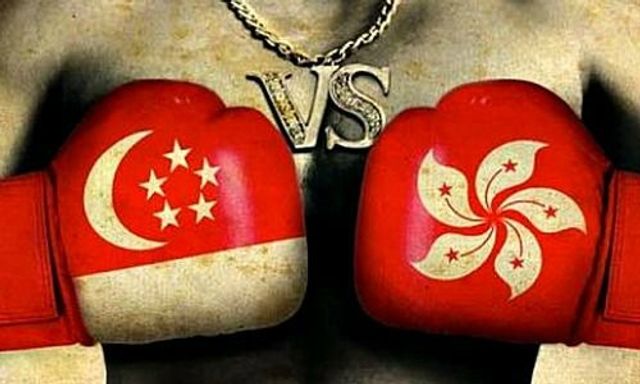