“The largest money market companies in China are Alibaba (Ant Financial) and Tencent (WeChat Pay). Alipay is giving about 10 million loans a day and Tencent is dominating the payment space, among others. They are ‘eating’ into the banking space even though they are not even banks to begin with,” says DBS Bank’s chief analytics officer Sameer Gupta.

Financial institutions have had to act quickly and embrace innovation to compete against the emerging fintech start-ups for market share. There were a few players that took on the challenge much earlier than the rest.

Singapore’s DBS Bank, the largest in Southeast Asia, started its digital movement in 2013, as soon as it saw the fintech revolution happening in China, says Gupta. Acknowledging that the revolution would be a threat to its profit margins, the bank focused on its digital business strategy and has benefited greatly from its efforts. In addition to digitising its back-end operations, the bank introduced digital products such as PayLah! mobile wallet, DBS Home Connect mortgage application app, Digibank by DBS artificial intelligence-driven digital bank and POSB Smart Buddy (a wearable payment device).

“When we started implementing our digital strategy, fintech was fairly new. But we saw the importance of taking action,” says Gupta on the sidelines of the SAS Global Forum 2018 in Denver, Colorado.

“For us, fintech is a friend-and-enemy situation. We want to work with fintech firms and create synergy because we think they are a force to be reckoned with. But there are also cases where we will be competing with them, so we need to make sure we have the ability to compete, thrive and grow alongside them as well.”

Some of the bank’s digital strategy objectives were to acquire customers on a large scale at a low cost, eliminate paper, lower the cost of transactions and use data to drive and deepen relationships with customers. “We want to become digital to the core, not just putting lipstick on a pig. To do that, we have to really help change the mindset of each employee and change our monolithic systems to micro-services,” says Gupta.

“[For example, we changed] processes that took months for transactions to be completed and made them instantaneous. We automated everything, from operations to design.

“Customer demands have shifted and we want to serve the changing demands. We want to create flexibility and convenience. The end goal is for everything to be seamless for the customers, be it face-to-face interactions at the bank branches or digital.”

Data plays a big role in DBS’ digital business strategy. In its efforts to make the bank more agile and efficient, decisions are no longer made by the highest-paid person in a meeting room. Instead, the bank lets data inform its decisions on which products to launch and what the best approach to reach its clients would be.

An example of this would be the bank’s forecast of the cash demands of its automated teller machines (ATMs), says Gupta. In Singapore, DBS’ customers conduct 25 million transactions a month at more than 1,100 ATMs. To make sure that the ATMs do not run out of cash before the next reload, the bank uses advanced analytics software SAS to forecast withdrawal activity and optimise the reloading process.

“I am happy to report that as at 2017, the number of cash-outs across our entire network is zero, the trips to reload the ATM network were reduced by 20% and the cash sent back to the bank was reduced by 40%,” says Gupta.

“Once the cash-out prediction was successful, we started using Internet of Things (IoT) devices to collect data and build models predicting when the ATMs would fail, which has been working very well.”

Another DBS project that was data-driven is Home Connect. According to Gupta, the idea came about when the bank realised that mortgage applications were actually a very small part of the home-buying process.

“Prior to the application, the customer had already completed a lot of things. They had searched for the perfect house — the size, location, amenities available — and compared it with other houses,” he points out.

“The mortgage only comes in when they have already made the decision to purchase. So, we asked ourselves, how can we get ourselves involved in the whole process?”

The Home Connect app differentiates itself from the others by providing information that is useful at the beginning of the buying process. Just by pointing their smartphone camera at a residential building, the users will be provided with various information on the value of the property, made possible by data analytics technology. This includes the latest transaction price, neighbourhood insights, nearby amenities and monthly repayments and mortgage loans available, says Gupta.

“About 90% of Singaporeans are our customers, so we have a tremendous amount of data across the city state. We use all the mortgage data we have accumulated over the years and worked with the government to pull data from various public websites to build the app. We launched the app in October 2013.

“Prior to the launch of Home Connect, our market share in terms of mortgages was 24%. Today, our market share is 32%. This goes to show that even in a very competitive and saturated market, with innovation, we could acquire even greater market share, which has been very motivating for us.”

The bank is also experimenting with IoT technology, starting with the POSB Smart Buddy device. Launched in Singapore last August, the payment device allows parents to reload money for their children using their mobile phones.

With the app, not only can the parents track their children’s spending but also use it as a platform to teach their children about using money wisely. Gupta says the bank aims to gradually launch the programme at all schools across the city state.

A few years ago, DBS was looking for a suitable market around Asia to scale its business. The bank assessed its business in India, where it has been operating for the past 15 years with 40,000 customers. Although it has a few branches in the country, scaling was almost impossible due to the regulations that prohibit the bank from opening more branches.

However, there was a huge opportunity. At the time, India was experiencing an explosive growth in mobile phone penetration and the government was investing heavily in a biometric technology programme called Aadhar. Realising the potential of such a product, DBS introduced its first digital-only bank — Digibank — to Indian customers in 2016.

“We wanted it to be as user-friendly as possible. Users can download the app and open their account within 90 seconds),” says Gupta.

“We tied up with a coffee chain that has a biometric device, allowing users to verify themselves (for Know-Your-Customer) to get the full account functionality. On top of that, we offer virtual debit cards and 80% of all customer queries are handled using artificial intelligence.”

Within 24 months, Digibank acquired 1.8 million customers. It aspires to acquire five million users by 2021. Its operations only requires 10% of the human capital needed in a traditional operation.

Last year, DBS launched Digibank in Indonesia. As about 70% of the solutions can be reused, the bank spent only half the time it needed to introduce the product compared with the previous launch in India. It hopes to launch Digibank in Hong Kong and Taiwan next.

To fully embrace its digital business strategy, a culture change is needed. But it is not as easy as it sounds, says Gupta. For one, innovation can be risky and banks are not known to take risks.

“People trust banks. So while fintech players can launch an app with low security, banks cannot. But we do not want this to constraint our desire to become innovative,” he says.

“We thought about it and we compromised. We said it is okay to experiment as long as the experiment is successful. That means, the probability of success has to be at least 50%.”

Apart from exposing its employees to activities such as hackathons and creating innovation labs to get teams to experiment together, DBS also renovated its spaces to be more collaboration-friendly.

The bank has introduced start-up incubators, encouraging its staff to engage with start-ups to create synergy and get fresh ideas. Over the past year, 70% of DBS’ employees have participated in one or more of the activities, says Gupta.

The bank also works with a lot of fintech start-up partners in India, Indonesia and Hong Kong. Recently, it launched an API platform, which has more than 150 services, ranging from account-related functions (such as deposits, loans and investments) to foreign exchange rates, payments, transfers and transaction analytics. So far, the API has attracted more than 500 developers, says Gupta.

“We want to be faster and innovate better, so we need to learn a lot. As long as we do it in short bursts, get feedback and try to be better, I am sure we will drive long-term success by embracing digital revolution,” he adds.

When financial technology (fintech) start-ups began disrupting the global banking and finance industry a few years ago, many financial institutions took the wait-and-see approach to assess whether they should reinvent themselves to maintain their edge. After all, they had the advantage of a large client base, the ability to scale and the trust of the public, which was lacking in smaller fintech firms. 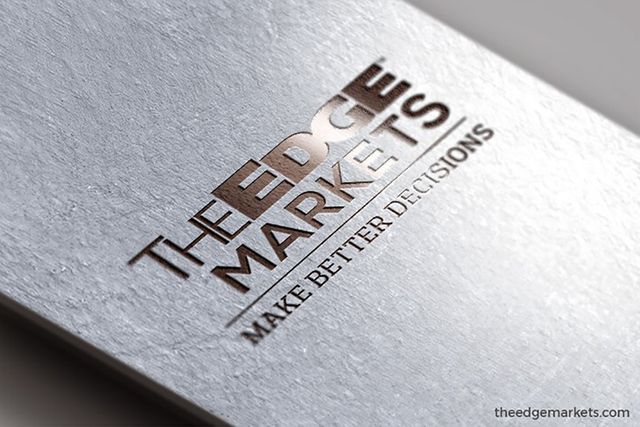