Aptly called the Blockchain Space, the project was co-founded by Steven Suhadi, chairman of the Indonesian Blockchain Association, and Albert Goh, CEO of UnionSPACE. The venture is a partnership between Manila-based workspace provider Acceler8 by UnionSPACE and Indonesian fintech company SCI.

“We aim to spearhead initiatives in growing the industry by hosting modules from beginners to advanced levels. We will equip members of this community with tools to grow regionally in Southeast Asia through access to capital and network, as well as legal and technical advisory services.”

SCI’s choice of Acceler8 by UnionSPACE as a partner for this venture makes perfect sense as the latter has established itself as a successful provider of office spaces, meeting rooms, event spaces, and virtual offices for several small businesses and individuals. UnionSPACE also operates co-working premises in Malaysia, Indonesia, and Thailand, and currently runs four Blockchain Spaces in the region.

Millions of Asians embraced the cryptocurrency craze in 2017, making this region an important market for the blockchain space. Indeed, analysts have predicted that Asia will sustain this momentum in 2018.

"Bitcoin is one of the few markets we've ever had in history where you've seen these astronomical gains around the world, and the retail investors in Asia are the ones driving it. It feels like this whole thing is being driven by the average Joe, who isn't nearly as financially literate as a professional fund manager."

The Philippines’ first blockchain co-working space has opened in Makati City to bring fintech companies in Southeast Asia closer through collaborative events such as seminars, workshops, networking, and training sessions. 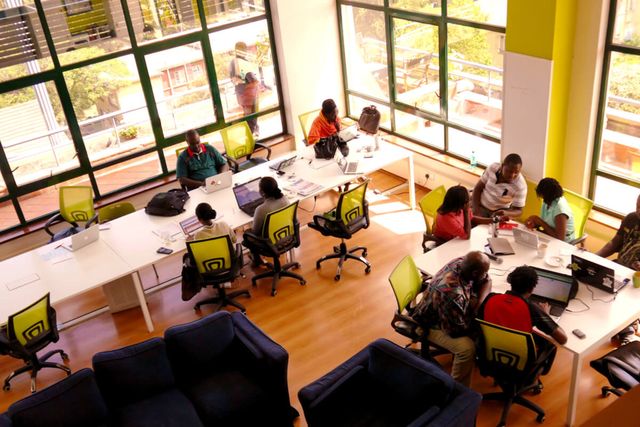