Tsang was Hong Kong's longest-ever serving financial secretary. He held office for a decade until 2017, and took credit for steering the city’s finance industry through the 2008 global financial crisis.

During his time as Hong Kong's finance chief, Tsang played a prominent role in promoting start-ups in the city. He also pumped $560 million into expanding the Hong Kong Science Park and launched a $260 million innovation and technology venture fund.

Other high-profile finance leaders to join fintech companies include Vikram Pandit, the former chief executive of Citigroup. Pandit, a keen investor in fintech startups, teamed up with investment firm Atairos Group to launch a business that purchases stakes in fintech firms.

Former Deutsche Bank co-CEO Anshu Jain joined Social Finance, known as SoFi, a web-based lender, while John Mack, the former Credit Suisse and Morgan Stanley chief, is both an investor in and a board member of peer-to-peer firm Lending Club

Executives from banking and regulatory authorities are joining companies with a focus on fintech. The latest move came in Hong Kong, where a bank snapped up the services of Hong Kong’s former financial secretary. 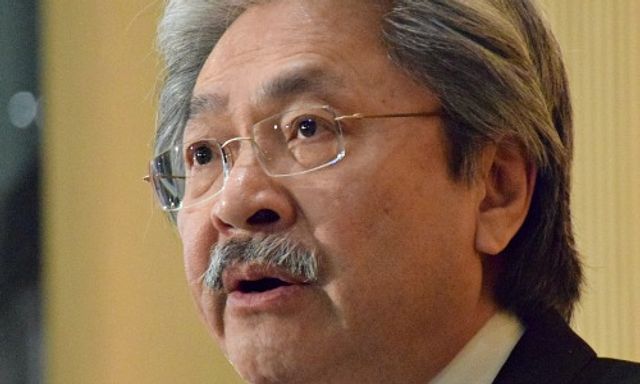