t will invest about $500 million to move into four new markets in Vietnam, Thailand, Singapore and the Philippines over the next several months, the company said in a Thursday announcement.

Go-Jek said that it will provide "technological support and expertise" to local founding teams in each of the four markets. Those local companies would "determine their own brands and identities" and work to gain traction.

"We visited all those countries and we felt like the solutions that we provided in Indonesia will probably be suitable to some of these countries," Andre Soelistyo, president of Go-Jek, told CNBC's "Squawk Box" on Thursday.

Initially, Go-Jek will start with ride-hailing before introducing additional services.

Go-Jek started off as a motorbike ride-hailing company and then moved into things like food delivery, groceries and payments. Last year, Go-Jek said it bought three financial technology, or fintech, companies to boost its presence in Indonesia's digital payments sector. .

The company's services are used in 50 cities across Indonesia and it is backed by well-known investors like Singapore's Temasek Holdings and Chinese tech giant Tencent.

Expansion into the new markets will step up the rivalry between Go-Jek and Singapore-based company Grab, which has similar services such as ride-hailing, digital payments and food delivery.

The two start-ups already compete in Indonesia, where Grab is trying to establish a stronghold.

“You do not want to give Jeff Bezos a seven-year head start.”Hear what else Buffett has to sayIn March, Uber said it was selling its Southeast Asia business to Grab. That strengthened Grab's position in the individual markets across the region.

But Soelistyo said that in light of the recent merger, users and other stakeholders in the new markets would more readily welcome Go-Jek's presence because that would give them a second option to choose from.

"With competition, service offering will be much better, all the players are forced to provide the best customer experience. That will be advantageous for the consumer," he said.

Earlier this year, Google invested in Go-Jek and said the move was in line with the tech giant's ambition to grow Indonesia's digital economy and start-up scene. But Google did not disclose the amount it invested in Go-Jek.

Go-Jek raised about $1.5 billion in a fundraising round in February, exceeding its initial target of $1.2 billion, Reuters reported. The start-up is currently valued at $5 billion, according to private financial market database PitchBook. 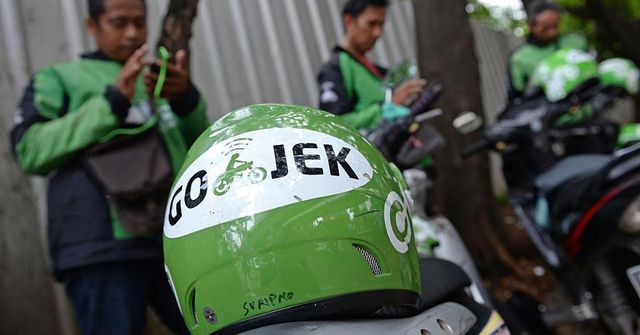