Traditional banks see online payment and financial services providers as their biggest threat, but they can still be a part of the shift to digital banking because of their status as regulated institutions that have the trust of customers and authorities, according to banking software provider Temenos.

CHINA AT A GLANCE

In a recent survey of 400 banking executives, Temenos said more than 53 per cent of respondents cited e-financial services like PayPal, Alipay, WeChat Pay and Apple Pay as their biggest non-traditional competition in the next two years.

But their relationships could be complementary and not necessarily purely competitive, Temenos said.

“The more organisations like Alipay move into traditional banking such as deposit-taking and lending, the more they will attract the attention of the regulator, as is beginning to happen,” said Lee Volante, director of the business solutions group for the Asia-Pacific at Temenos.

“We believe organisations like Alipay may well become the face of retail banking, but they will rely on banking organisations to do the heavy lifting as regulated institutions,” he said.

“Traditional banks have spent many years building customer bases who trust them to safeguard their money and provide 24-7, year-round real-time services. Fintech firms, often small start-up organisations, still have to prove themselves to earn the trust of customers,” he said.

In the US, e-commerce giant Amazon’s growing financial services business is increasingly attracting the attention of regulators, according to a recent Bloomberg report, while consultancy Bain & Co has predicted that Amazon could rival the nation’s big banks in as little as five years.

In China meanwhile, where use of Alipay, WeChat Pay and other e-finance services is surging – mobile payments reached 81 trillion yuan (US$12.8 trillion) in the first 10 months of 2017 – links are already forming between online payment firms and traditional banks.

Earlier this week, Ant Financial, an affiliate of Chinese e-commerce giant Alibaba Group Holding and the operator of the Alipay service, signed an agreement to help state-run China Everbright Bank with its digital transformation.

Other analysts said that China has a head start on Hong Kong in terms of the adoption of e-payments and fintech systems.

“China’s banking industry is still developing and this is why internet giants were able to gain considerable market share in e-commerce and payments because they were faster to offer convenient alternatives to traditional bank payments,” said Priscilla Ng, head of digital at Citibank Hong Kong.

“In contrast, Hong Kong has a mature banking industry and consumers are already used to doing things a certain way, so it will take a bit of time for them to accept new concepts – but we are getting there.”

Still the spectre of stronger regulation in China and concerns over security could potentially slow the growth of fintech, Volante said.

He noted that the mainland Chinese government has imposed new regulations setting daily limits on transactions via QR codes, which make up a third of all digital payments in China.

It will also require banks and online payment services to clear payments through a centralised national system from June 30, allowing for closer state scrutiny of transactions.

While banks see fintech as their biggest threat, they can use their trusted position among customers and regulators to collaborate in the shift to digital banking, software firm Temenos says 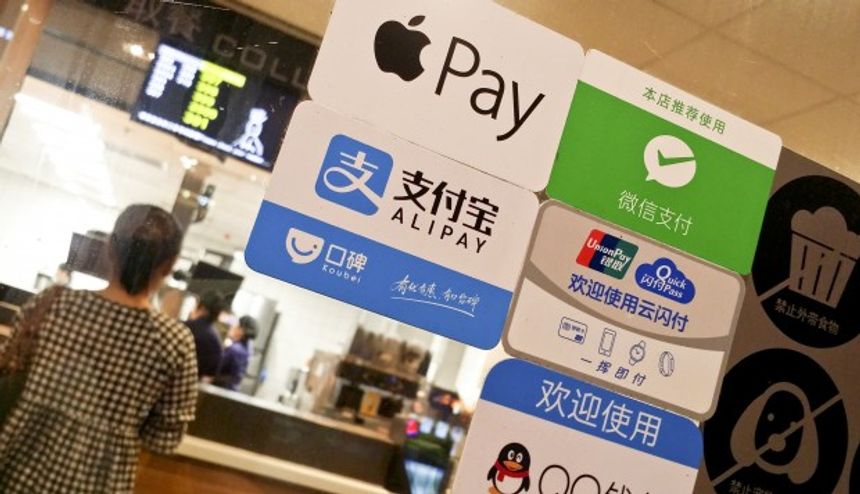