Financial technologies that comply with Islamic law, or Sharia, could help attract 150 million new banking customers in the next three years alone, according to consultants EY.

But Pew Research points out that demand is set to grow well beyond this with the global Muslim population expected to explode from less than two billion in 2015 to almost three billion by 2060.

Meanwhile, Abu Dhabi and Bahrain are collaborating to promote fintech and have developed regulatory test beds, known as sandboxes, for emerging technologies.

Dubai and London are both well positioned, and collaboration between the two will create bigger opportunities

Raja Al Mazrouei, executive vice president of Fintech Hive, says: “Hive identifies leading technology entrepreneurs, then offers them the opportunity to develop, test and modify their innovations in collaboration with DIFC and regional financial institutions. It is already helping startups grow and thrive.

“This is a major part of Dubai’s vision to become the global hub for Islamic fintech. However, Dubai and London are both well positioned, and collaboration between the two will create bigger opportunities.”

The UK is upping its game with important new launches such as crowdfunded property investment platform Yielders adding to established players including InsureHalal and Ethos Asset Facilitation Platform. To develop the sector further, the UK also set up an Islamic Fintech Panel in January.

Harris Irfan, chair of the panel and partner at Gateway Islamic Advisory, says: “London has been a leading centre in Islamic finance regulation and infrastructure. But it is losing ground to places like Dubai.

“The UK government has done outstanding work in creating an Islamic finance infrastructure. But there are market-related issues, such as a relative lack of penetration by UK Islamic banks. That is why we set up the panel.

“The government is a panel observer and can help us clear policy hurdles and promote inward investment. That would be a massive boost.”

Abdul Basit works with several Islamic fintech firms in his role as principal at research and advisory firm Elipsis. He is also involved with the work of the UK Islamic Fintech Panel.

“The UK is good on regulation and talent, but underweight on capital,” he says. “We don’t have Islamic pension funds and insurance companies which can provide that capital. But UK fintechs could find funding in majority-Muslim countries. We are also looking at how to attract investment from high-net-worth individuals and sovereign capital.

“From an institutional view, Islamic banks haven’t realised the potential for fintech compared to the way conventional banks have. My typical advice to them is get your strategy right now. The next ten years will be disruptive in institutional financial services and you may have to try several things to become successful. The demand is there, with not much competition. So we will see more Islamic fintech products in the next few years.”

Nyra Mahmood, managing director at Simply Sharia Human Capital, says: “London has a compelling advantage as Europe’s leading fintech hub, but Malaysia is the leader in Islamic fintech. It has the first Islamic digital economy framework, which looks at funding, regulation, compliance, financing and creating a supportive ecosystem.”

Ms Mahmood, who was a judge for the Islamic Development Bank’s Fintech Challenge held last month with the aim of improving access to Islamic financial services through technology, adds: “To compete, London must develop its ecosystem, fund startups, collaborate with different sectors, support female fintech entrepreneurs and develop the right skills.”

Last year, Yielders became the first Sharia-compliant fintech to be authorised by the UK regulator. Founder Irfan Khan says it was challenging to launch as it had to be self-funded.

“Middle Eastern countries have developed strong infrastructure over the last six to twelve months,” he says. “Investment and close alignment between regulators and Islamic finance sectors is leading to big developments.

“However, we are also getting more traction on our platform now, which demonstrates the size of the market and opportunity. Banks and fintech companies will collaborate more. So in about 18 months, there will be less difficulty in funding fintech. The sector will also create a new asset class for institutional alternative investment, including in the equity space, over that period.”

Rosette Merchant Bank acquires property in Islamic investment structures and plans to diversify into fintech. Chief executive Sam Broadhead says: “The enormous growth of fintech in the UK creates possibilities for new products. Wahed Invest, a successful Sharia-compliant robo-advisory platform in the US, plans to launch in the UK, and we are looking to launch a product through a joint venture between Rosette and Wahed.

“Our second foray into fintech will be a UK-developed, Sharia-compliant supply chain finance solution for UK government bodies. We anticipate huge applicability and could roll it out as a Sharia-compliant fund. The technology demonstrates the advantages of UK fintech, with the ingenuity of IT developers and applicability to English law.”

One of the Islamic Development Bank’s challenge winners, MyFinB, is a data and artificial intelligence provider that incorporates Sharia principles in solutions for financial and other institutions.

MyFinB chief executive M. Nazri Muhd concludes: “London has potential to grow, though Islamophobic misperceptions towards Islamic finance could constrain it. For London’s fintech ecosystem to succeed, it must have a constant focus on customer experience, talent management, collaboration and strong cybersecurity. It will get these soon.”

The race is on to become the world’s leading Islamic fintech hub, with London and the UK putting in a strong bid 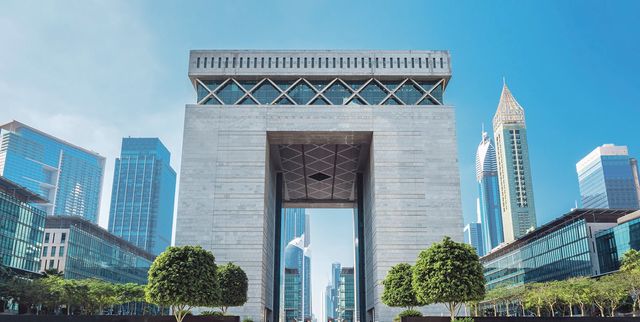