As a part of its latest Fintech Bay initiative, Bahrain is willing to facilitate fintech companies from all around the world and provide them with world-class infrastructure to set shop in the country, that's now eyeing a move from oil to innovation.

The Bay that boasts of being the largest co-working space in the region facilitates the growth of global organizations who want to come to Bahrain by helping them establish themselves in the country.

Bahrain’s list of fintech companies will also include cryptocurrency-led firms, who want to establish a proper infrastructure in Bahrain. Along with infrastructure, The Fintech Bay is also going to look at providing them with the required workforce. This partnership will prove beneficial for the companies as well because of the low rate of taxation and cheaper infrastructure in the country.

A regulatory sandbox set up under the Central Bank of Bahrain is going to investigate the credentials of the interested organizations. After a green signal from the authorities, these companies will be registered in Bahrain. Once the registration process is done, the work of the Fintech Bay will be to establish the company.

Commenting on the current position of the Central Bank on the legality of cryptocurrencies like Bitcoin, a Bahrain government official said, “As of now, we recognize cryptocurrency as a commodity that can be traded in the exchanges. We are not considering it as a legal tender in any form.”

“There are seven entities that have entered the Regulatory SandBox, four of these are cryptocurrency exchanges. We will study the functioning of these exchanges and then define the rules that are needed to regulate them,” the official added.

The Chief Executive Officer of the Fintech Bay of Bahrain Khalid Saad in a chat with Entrepreneur India said that the organization is open to collaborations and is exploring a host of partnerships with hubs from across the world, a prominent one being the Fintech Valley in Vishakhapatnam, India.

'We want to build the right ecosystem, and are exploring all possibilities,' Saad said in an interview.

It remains to be seen if crypto companies will see the Bahrain region as a lucrative place to gain credibility by registering with the Central Bank of Bahrain.

Among the ones from India includes Belfrics, a cryptocurrency company based out of Malaysia but with operations in India. Belfrics recently launched its operations in India as a Bitcoin trading platform whereby Indians can buy or sell Bitcoins in INR.

The Government of Bahrain is showing keen interest in cryptocurrencies (digital assets) like many of the other nations in the Middle East. 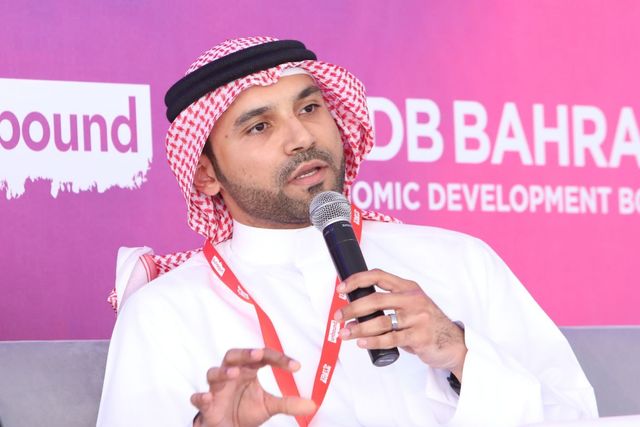