Bahrain FinTech Bay joins a small but growing number of platforms in the Middle East and North Africa designed specifically to accelerate fintech companies with training, funding and other resources at a time when the global financial services industry is experiencing a wave of innovation. Regionally, these specialty accelerators have been established by entities such as regulators, universities and startup support organizations, and are backed by traditional financial industry players keen to explore disruptive new innovations.

That’s because there’s plenty of opportunity for financial innovation in the Middle East and North Africa, considering the fact that traditional banks have had limited success in the region, where 70% of the population don’t have a bank account. However, although the fintech sector has attracted more than $50 billion globally in investment since 2010, as of last year the Middle East and North Africa had only accounted for about 1% of that total, according to Accenture.

That could be starting to change, as fintech startups are becoming more prominent in the region, with local companies having raised over $100 million in the last five years. And now, accelerators like Bahrain FinTech Bay seek to expedite that growth—here’s a brief rundown on the platforms supporting the nascent sector in the region:

Established in a partnership between regional startup accelerator Flat6Labs and Barclays Bank Egypt, the 1864 Accelerator has only conducted a single 14-week program so far, which began in late 2016. Other partners included Stripe Atlas, Payfort, Seedstars, Microsoft, Wuzzuf and others. It accelerated eight Egyptian fintech startups, including Bees365, Card Switch, Save it, Olly, Yala Nsadar, Carsurance, Entej and Moneyfellows, giving each participant 150,000 EGP in seed funding (pre-devaluation) on top of training and mentorship. Of the graduates, Moneyfellows recently raised additional funding.

It’s a 12-week program open to Egyptian fintech startups established by the American University of Cairo’s Venture Lab, an accelerator based on the university’s campus. Operated in partnership with Egypt’s Commercial International Bank, the program offers seed funding, training, mentorship and networking opportunities, and access to AUC’s facilities and a co-working space.

Announced last year by the Abu Dhabi Global Market during the inaugural FinTech Abu Dhabi Summit, the center will include an accelerator established in partnership with U.S.-based startup accelerator Plug and Play. The ADGM’s accelerator will be open to companies from all over the world, and will welcome startups focused on areas such as artificial intelligence, blockchain, biometrics, e-payments, regulatory technology (or “regtech”) and others.

Investments in fintech have been steadily growing with billions being pumped tot fund innovation within this sector. In the latest sign of increasing focus on financial technology innovation in the Arab World, in February 2018 Bahrain celebrated the launch of a new center supporting companies in the fast-growing “fintech” sector. Called Bahrain FinTech Bay, the facility offers fintech startups access to acceleration programs and resources such as co-working spaces. So far the center has welcomed four companies, including three from the U.S. and one from Jordan. 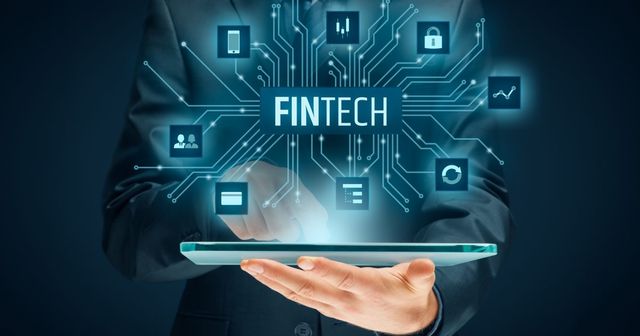