Singapore-based private equity firm Luminor Capital, a majority shareholder in the loss-making European firm since 2014, is seeking to conduct a public float of the firm at a potential valuation of close to S$140 million ($105.6 million). Ayondo could launch its pre-IPO roadshow as early as next month.

Based in the German city of Frankfurt, the firm was founded in 2008 by chairman Thomas Winkler and CEO Robert Lempka, who was previously the CEO of ABN AMRO Marketindex. It operates a brokerage platform that lets users engage in social trading, copying the trades of leading traders on the platform to optimise returns on investment. Ayondo’s listing could test the risk appetite of Singapore’s investor base.

Such firms often possess high valuations yet remain at a pre-profit stage for substantial periods of time, and often cannot be accurately evaluated using traditional business metrics, as in the case of NASDAQ-listed Tesla Inc.

In an interview with this portal in May 2017, Dinesh Bhatia, the CEO of ASX-listed Singapore company SportsHero, observed: “In the US, you have massive P/E ratios and they can give away their equity in M&A deals that far outweigh Singapore transactions. Nasdaq is known for tech and high risk. ASX is in its early days as a tech board, but the mentality of the retail investors in Australia is one that is used to taking risks. What has once been a high-risk exercise taking stakes in mining companies is now about mining for digital gold in Asia.”

The listing of Ayondo and its success could prove to be beneficial to the city-state and see more fintech and technology listings on SGX. In January, SGX announced it would allow firms looking for a primary listing in the city-state to maintain dual-class share structures. In recent years, a number of companies from the city-state have opted to list in Hong Kong or Australia rather than conduct a public float on the city-state’s bourse.

In Singapore, Ayondo has partnered KGI Fraser Securities to provide a platform for investors to trade Contracts for Difference (CFDs), tradeable derivative instruments based on specific underlying assets or market indexes. It also operates TradeHero, a developer of a popular investor-education application it acquired in 2017. Ayondo plans to expand its offerings and operations in Asia through the TradeHero brand, and also plans to targets Chinese traders with a simplified casual trading product. The company cites factors such as Monetary Authority of Singapore’s (MAS) fintech advocacy and backing of the fintech sector, as well as its status as an international financial centre.

Following a failed reverse takeover (RTO) involving Starland Holdings last year, European social-trading broker Ayondo Ltd is set to become the first financial technology (fintech) enterprise to list on the Catalist growth board of the Singapore Exchange (SGX), according to a report by The Business Times. 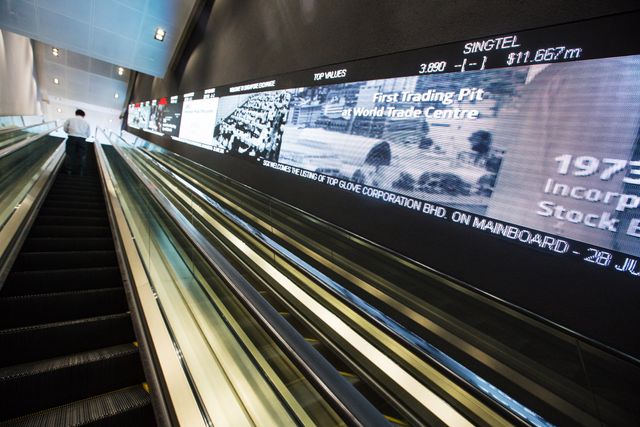