What is Project Ubin

Instantly, this was evidence of the Singapore Central Bank and related authorities looking to the potential of Blockchain and cryptocurrencies, rather than shunning and running from it. In their initial announcement, MAS stated: “The project will develop a pilot system in which Blockchain infrastructure is used to issue and transfer funds among participants.”

They identified that Blockchain has the power to “make financial transactions and processes more transparent, resilient and at lower cost.” What was also outlined in this preliminary announcement is that this experiment could lead to banking alternatives: “This will also help MAS and the industry to develop simpler to use and more efficient alternatives to today’s systems.”

The rolling out of project Ubin has been ongoing since late 2016 and is still in its opening phases. It is a project that is long-standing and ongoing, incorporating a list of impressive advisors and partners. The participating financial institutions are Bank of America Merrill Lynch, Citi, Credit Suisse, DBS Bank Ltd, HSBC Limited, J.P. Morgan, Mitsubishi UFJ Financial Group, OCBC Bank, Singapore Exchange, Standard Chartered Bank, and United Overseas Bank.

Accenture was appointed to manage and develop the prototypes. R3, IBM and ConsenSys were engaged to provide support on the respective DLT platforms of Corda, Hyperledger Fabric and Quorum. Microsoft was engaged to support the deployment of the prototypes on Azure Blockchain.

Phase 1 was announced with Deloitte being commissioned to produce a report that covers all aspects of Distributed Ledger technology aimed at settlement systems, and also to detail the design of the prototype. This report was viewed as the basis for the MAS Blockchain protocol.

On Oct. 5, 2017, the project moved onto phase two, which involved the above-mentioned consortium of financial institutions, had “successfully developed software prototypes of three different models for decentralized interbank payment and settlements with liquidity savings mechanisms.”

How does it affect regulation?

Sopnendu Mohanty, chief fintech officer at MAS, in an interview with CNBC at the conclusion of Phase Two, had a tone of learning and understanding, indicating that this experiment from MAS is for the greater good of the ecosystem: "It is away to bring the broader ecosystem together, so we all learn together."

Essentially, the goal that MAS is trying to achieve globally is that regulators should not fear experimentation with Blockchain and that they need to understand the possibilities before making a call. Indeed, Mohanty said to CNBC that this experiment may not necessarily become a commercial project or even shape regulations:

“Don't fear doing experiments and don't fall into traps of signaling policy changes. Some regulators are afraid to do experiments because of this tremendous external pressure on them. We are trying to drive that culture globally."

Not the only example

Project Ubin is a Blockchain project that spells out a lot of interest and intrigue from a Central Bank of a major nation. It is a project that is being taken seriously and is well planned and calculated, drawing from a number of resources already vested in the financial space.

However, this is not the only instance where more crypto-positive nations have made a move to understand Blockchain technology in order to better utilize it.

In South Africa, there was an announcement last year that the Reserve Bank would be allowing a Blockchain Solutions company to operate in a regulations sandbox in order to monitor the potential, as well as the difficulties, of Blockchain technology.

This Sandbox scenario is far more focused on regulations as the Bank looks to test regulations and controls within this sandbox and BankyMoon in order to strike a balance. At the announcement of this partnership, in July last year, Lorien Gamaroff, the CEO of Bankymoon, admitted that: “All we are doing at this point is seeing how far this relationship will go on within this sandbox.”

This may not be the same as the MAS creating its own cryptocurrency trial. However, it is indicative of regulators and governments now taking enough notice of Blockchain and cryptocurrencies that they feel the need to not only regulate but support.

Learning from the Sandbox

South Africa’s sandbox approach seems to show that the African nation wants cryptocurrencies to not only fall in line with legislation and regulations, but also flourish and not be stifled.

Gamaroff spoke to Cointelegraph since this initial meeting with the Reserve Bank saying he is pleasantly surprised how interested and keen the regulators are on Blockchain and related facets of the ecosystem: “Things have started getting a lot more formal, and the regulators from the Reserve Bank are investigating further, looking at other companies that are dealing with different things, like the tokens and currencies associated with Blockchain.” He also added:

“They are doing an assessment with all these companies and are hoping to draw up guidelines that companies can follow when it comes to integrating cryptocurrencies or anything like that. But they are being very suggestive, open and welcoming, there is no negative sentiment at all about this space and regulating it. They like pushing the boundaries and exploring all that Blockchain can do to help people.”

This approach by South Africa is different to Singapore, but there is clearly a correlation in attitude between the two companies as both Mohanty, and now Gamaroff has confirmed the regulators are open and positive towards Blockchain technology, they just want to make sure they get it right for everyone. “Additionally, the whole of Africa will be looking at South Africa to see how they handle this and, the way things are going, it could be a positive thing for the whole continent,” Gamaroff concluded.

The approach of Singapore and South Africa in the above examples indicate that there are dreaded regulators who are willing to learn and to compromise. Balance in regulation will be the only way in which Bitcoin and other cryptocurrencies become widely accepted.

Blockchain technology has been praised almost all round, but it is the cryptocurrency sphere that has its issues. However, a little understanding by those who make the calls could lead to rules that are inpace to let Blockchain flourish, protected cryptocurrency users, and maintain order in the financial sector.

Last  Monday, Feb. 12 Chief Fintech Officer of the Monetary Authority of Singapore (MAS) Sopnendu Mohanty mocked the excessive speculatory activity that is “perhaps negatively impacting the whole experimentation of cryptocurrency.” He nevertheless confirmed his dedication to the Singapore central bank’s Blockchain project — “Ubin.” In Mohanty opinion, it is in two years when we’ll see the real impact of the project. So what precisely is the “Ubin project,” a Blockchain initiative by Singapore CB? 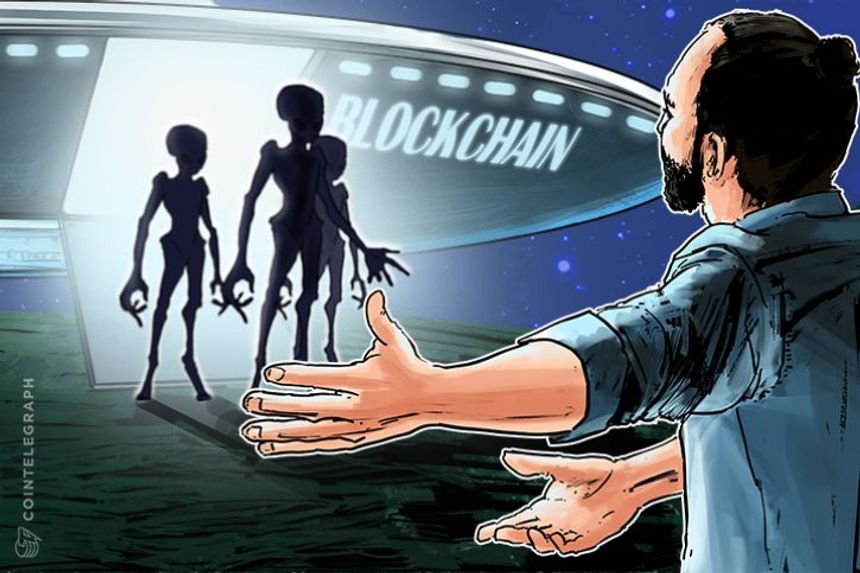