WorldRemit’s mobile-first, digital model allows migrants to send money in a few taps directly from their phones or online instead of going to a bricks and mortar agent.

Its popularity across APAC has grown rapidly and the region now accounts for 25% of WorldRemit’s total revenue.

Within that, Indonesia is a key market with year-on-year growth of WorldRemit’s transfers to the country topping 40%.

Indonesians living overseas send remittances worth billions of dollars back home every year. The Indonesian fintech sector is vibrant and innovative, as businesses and consumers rapidly embrace digital technology.

WorldRemit handles a growing share of the US$600 billion (RM2.4 trillion) remittance market.

Currently sending from over 50 countries to 148 destinations, the new funding will be used to increase WorldRemit’s presence in Indonesia, including appointing its first country manager.

Bryce Currie, global business development director in the region, comments: “Indonesians are rapidly adopting WorldRemit’s digital first money transfer service which is more convenient and lower-cost than traditional operators. This new funding will allow us to expand our network and service in Indonesia. Having a country manager in place will help us drive our growth even faster."

Since its last funding round in 2015, WorldRemit has launched 206 new services across the globe and has grown its transaction volume by 400%.

The Series C round was led by LeapFrog Investments - a dedicated equity investor in emerging markets, supporting fast-growth firms that deliver social impact alongside commercial returns. The round also had significant participation from existing investors Accel and TCV.

It follows a Series B investment raised from TCV in 2015 and a Series A from Accel and Project A in 2014 - then one of the largest ever Series A rounds in Europe.

WorldRemit was founded in 2010 by Ismail Ahmed, a remittance specialist and former compliance advisor to the United Nations. Personal experience of using money transfer agents convinced Ismail that technology could improve the sending process, enhance compliance and reduce costs to the customer.

DIGITAL money transfer service WorldRemit has raised US$40 million (RM162.79 million) to drive its next phase of global growth, including an expansion of its Indonesia operation. 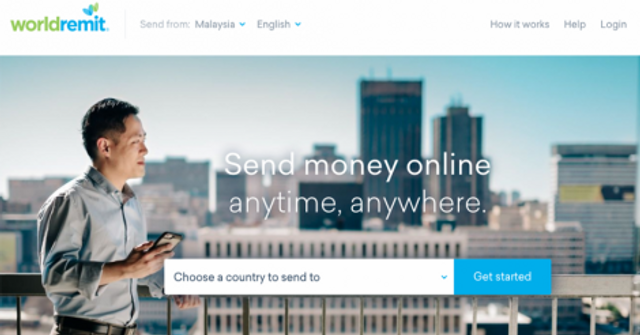