“Traditionally, the unlisted and OTC market space have been opaque due to the lack of information available,” SC chairman Tan Sri Ranjit Ajit Singh told the audience in his opening remarks at the 2017 SCxSC Digital Finance Conference.

“By using a distributed ledger as the technology underpinning the market infrastructure, all transactions and market activities would be recorded and made available to all market participants, while still maintaining transaction confidentiality.”

The findings from the pilot will form the basis of an industry blueprint. The blueprint will elaborate upon the technology architecture, key software functions and development standards which will form the building blocks for interested parties to use blockchain network for unlisted and OTC markets, Ranjit said.

SC is using Neuroware’s Cortex blockchain infrastructure “to help power unlisted secondary market activity across a multitude of different blockchains,” according to the startup.

The Cortex platform is also used by Ata Plus, one of the six licensed equity crowdfunding platforms in Malaysia. Ata Plus uses Cortex to store structured immutable records of issuers, deals and investments. It became the first regulated financial service provider in Malaysia to introduce blockchain at a production level 18 months ago.

At the SCxSC Digital Finance Conference earlier this month, SC also said it was reviewing relevant regulations and guidelines to facilitate “functional and effective use cases” of digital assets in the capital market, including secondary market trading of established cryptocurrency and digital assets.

It said it was working closely with the Malaysian central bank, Bank Negara Malaysia, on the framework, which is expected to be released in the months to come.

“We note the growing interest of Malaysian investors in trading cryptocurrencies and digital assets,” Ranjit said. “To facilitate such activities in our market and put in place investor safeguards, we are reviewing relevant regulations and guidelines to allow functional and effective use cases of digital assets in the capital market, including the seconding market trading of established cryptocurrency and digital assets.”

The Securities Commission (SC) Malaysia is exploring the use of distributed ledger technology for the over-the-counter (OTC) market. The pilot project, run through SC’s Alliance for Fintech (aFINity) program, aims to examine how blockchain could facilitate unlisted market activity and improve transparency 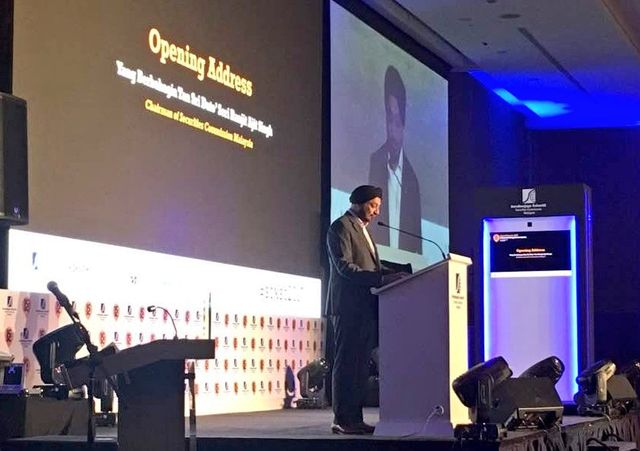