Our journey began from the capital city of Malaysia, Kuala Lumpur. Followed by Shanghai, Singapore, Hong Kong and finally the most colorful one, New Delhi.

Currently in Malaysia, Bitcoin is not considered as a currency. Players in Malaysia think that regulation is to blame for the slow adoption of Blockchain in Malaysia. Gary Goh of Metlife says:

“Anything that touches customer information or privacy would stoke lots of discussions, especially when the technology stems from Bitcoin, which is not largely accepted in Malaysia.”

Despite this, fintech in Malaysia is on the rise. Malaysian banks are actively taking proactive stepsto encourage Blockchain development in Malaysia.

MiGHT, the Malaysian Industry-Government Group for High Technology is planting roots in Malaysia and providing a beautiful future for Blockchain in the country. The MiGHT Blockchain Programme director Mastura Ishak commented:

“We are seeing an encouraging response from foreign players who are interested in setting up centers of excellence for Blockchain here to educate the younger generation.”

During our visit to Malaysia, we were lucky to speak with Mastura Ishak from the Malaysian government, who gave us insight on how Malaysia is planning to go about ICO and cryptocurrency regulations in the country.

When asked what people think of ICO’s at BlockShow Meetup in Kuala Lumpur Mastura Ishak commented: “It feels very good, it’s very refreshing, and there’s a lot of potentials that you guys (BlockShow) are showing here.”

Mastura Ishak hold lots of promise in Malaysia in educating and allowing Blockchain to thrive in the future. We are grateful that we can provide some new refreshing perspectives to her as well to breathe more life into the Blockchain industry in Malaysia.

In Singapore, we got a chance to catch up with Anson Zeall, Chairman of ACCESS - Singapore’s Cryptocurrency and Blockchain Industry Association. He provided valuable insight on how ready Singapore is to play a major role in the future of the Blockchain industry. Zeall believesBlockchain should be seen as a useful tool to aid current business processes instead of replacing them.

Hong Kong was filled with people from the Blockchain industry. Simon Dixon, CEO and Founder of BnkToTheFuture.com, was also present and told us how Japan and Korean markets are benefiting because to Chinese traders moving out of the country.

According to Simon, Bitcoin, Blockchain and crypto will have the biggest impact in Asia.

“I think it’s gonna be the first country or region, we are here in Hong Kong, and its going across Singapore and everywhere else in Asia. I believe Bitcoin and Blockchain have the most to offer and will be adopted first in Asia.”

If he saw Satoshi Nakamoto, he told us he would “thank him for remaining anonymous and thank him for actually creating the technology that I believe is the most significant invention since the Internet. And the application of the Internet that changes everything across Wall Street, across banking, across the financial sector.”

We agree with Dixon in his view, as without this technology none of the remarkable ideas that have come to life as of recently would be possible. Satoshi Nakamoto has given a great gift to change the world in how we know in ease of use and changing many sectors outside of the financial sector in ways we never imagined before. The team is excited to host BlockShow Asia in Singapore as it holds a significant strategic point in terms of Blockchain development in Asia.

Nicolas Cary, co-founder at Blockchain Labs, was super stoked to come to our New Delhi meetup. He shared the stage with Addy Creeze, CEO of BlockShow, to discuss how Blockchain technologywill evolve in the coming years.

When he was asked whether or not regulation is good for the industry, Nic said:

“To me, regulation is all about protecting consumers, and in some situations it definitely makes sense. Governments have an important responsibility to create an open space for people to be able to experiment and test in a safe way. So we welcome thought for regulation to drive innovation and we think this will happen in India. We’ve seen it happen in various countries already.”

There was a very diverse crowd in Delhi, from investors to developers to college students. It was a one of a kind experience to see them all interact one place. We were fortunate enough to reach so many individuals and are hopeful that Nic’s thoughts will bring revolutionary thinking and a change in regulation along with further development in the region.

On our Meetup journey, we were joined by more than 1,000 guests from around the world in five different venues. Looking back, some special moments will stay with us forever.

For instance, when Philip McMaster, one of the well-known personalities of the Republic of Conscience, came to the event with his famous Panda. It gave the event a special vibe, which is hard to describe in words.

The Q&A session between the startups and the audience at the end of every pitch was something beyond our expectations. It was stellar that the audience was well aware of how Blockchain products work and provided us with relevant issues and questions about the Blockchain.

All the prominent speakers have led us to the conclusion that the Blockchain will thrive and have a huge positive impact on Asia. Anson Zeall has high hopes for the Blockchain in Singapore and its implementation in business. Simon Dixon and Nicolas Cary both believe regulation and adoption of cryptocurrencies will help the Blockchain thrive throughout Asia and India. We even have high hopes that China will also hop on board to embrace the Blockchain in the future.

Dixon hit the nail on the head with his interpretation of our slogan of BlockShow: the window of the global Blockchain world as Blockchain being the technology that allows people to gain access the world without borders. Without Satoshi’s revolutionary idea this would not be remotely possible and we are grateful for that.

We have learned from all our speakers that Blockchain, crypto will have the biggest impact and influence in Asia. Even the infamous “Chinese ICO ban” won’t make any difference - Asia and China, in particular, will stay one of the biggest hubs of the Blockchain disruption for quite a while. That’s why we are excited to see what the future hold, we know it will be bright for the Blockchain!

That’s why we traveled across five cities in five countries to meet the actual Blockchain community out there and also bring together the most promising and innovative Blockchain startups. Wherever we went, we were welcomed by the local Blockchain enthusiasts and experts with open arms and valuable knowledge 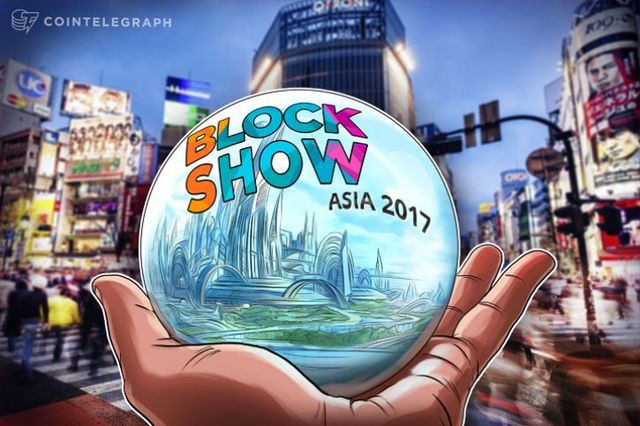