Rumours had been circulating already last week amongst the financial technology startup community in Singapore that something was up at the high profile Robinson Road premises.

In a sudden development, local publication «The Straits Times»reported on Monday that a spokesman for Hong Leong Holdings, which owns the building where Lattice80 is located, said: «Hong Leong Holdings, the owner of the building at 80, Robinson Road, will be taking back the premises located on the 8th and 9th floors, which are currently licensed to Lattice80, with effect from Dec 1.»

Fintech firms there told that news of the move, which reached them through unofficial sources such as WhatsApp chat groups, has raised uncertainties. finews.asia was also contacted by numerous relevant parties who said there will be an urgent town hall meeting with Hong Leong and the tenants to discuss the future of the fintech hub.

Lattice80 currently occupies 30,000 square feet across the two floors, with about 85 start-ups under it as of August this year. Billed as «the world's largest fintech hub», it was founded here last November and provides office space and infrastructure to firms which work on financial technology innovations.

Since its inception the so called worlds biggest fintech hub has played host to steady stream of VIP's and notable industry heavyweights. The prime minister of Holland and Switzerland’s finance minister Ueli Maurer have visited, along with many local dignitaries.

Not a Proper Company

In an interview with finews.asia earlier this year the founder and CEO of Lattice80 Joe Seunghyun Cho (pictured above) said Lattice80 is a special kind of fintech hub. «We aren’t merely a co-working-space or fintech accelerator,» said Cho.

«And we aren’t actually a proper company either, but more of a private independent organization that aims to be at the pulse of the fintech and startup community in Singapore and the whole world,» he added.

Touted as the worlds largest fintech hub, Lattice80 in Singapore might not be so grand after all. 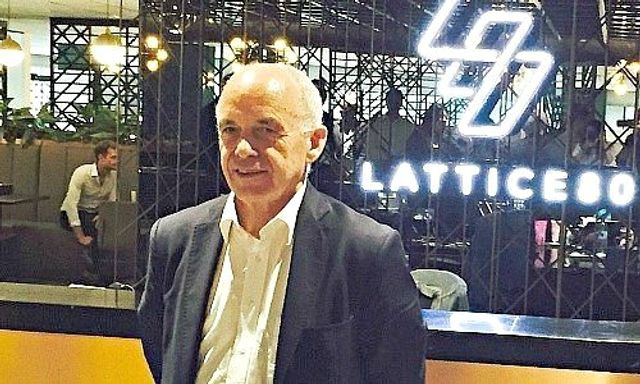