CredoLab said that the newly-raised capital — twice the amount it originally intended to raise — will be used to ramp up its product offerings and expand its operations to serve the underbanked population.

As part of the funding round, Fintonia Group Chairman & CEO Adrian Chng has joined CredoLab’s Board of Directors.

This solution is particularly useful in emerging market such as Indonesia, the Philippines, Malaysia, Thailand, Vietnam and Myanmar, where there is a significant unbanked demographic with no credit history.

Many of these unbanked consumers would, however, have at least have access to low cost smartphones. By generating a credit score using the CredoApp, they would thus be able to access loans from microfinance institutions and commercial lenders.

“By addressing the huge market demand for financing in emerging markets, CredoLab is seizing a leadership position in advancing credit access and filling the void created by the banking infrastructure and logistical challenges in the developing world,” said CredoLab Co-Founder and CEO Peter Barcak, in an official press statement.

CredoLab said it has more than 10 financial institutions region in its client base and is set to increase its client portfolio by more than two-fold in the next six months.

Singapore-based fintech startup CredoLab has raised over US$1 million in a Pre-Series A round led by fintech VC firm Fintonia Group. Other participating investors include Indonesia’s Reliance Modal Ventura. 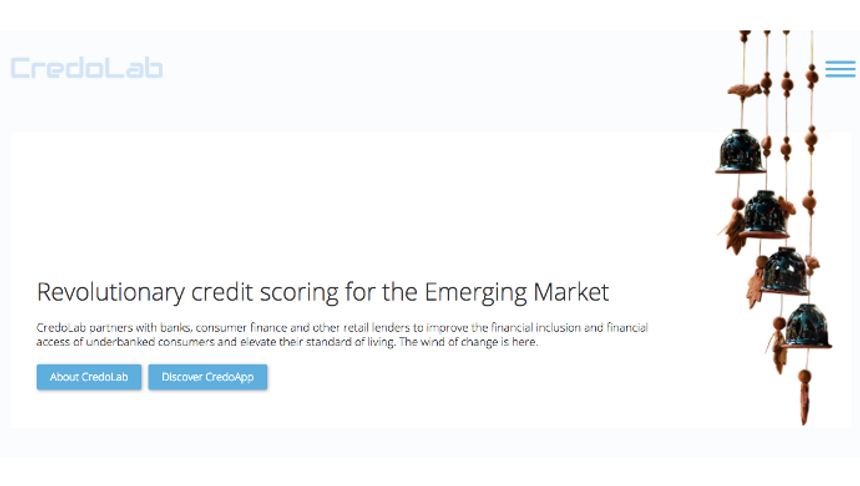