Governments across Asia – most notably Hong Kong and Singapore – have launched a raft of initiatives to grab a slice of the $100 billion invested in fintech globally but the regulatory hotch-potch is making it tough for firms to scale up, the Asia Securities Industry and Financial Markets Association (ASIFMA) said in a report on Friday.

“The regulatory landscape is very fragmented and a lot of the initiatives, though well-intentioned, are not necessarily well thought through,” said Mark Austen, CEO of ASIFMA. The lobby group, which represents global banks and asset managers such as Goldman Sachs and BlackRock, has called on Asian regulators to coordinate better and to adopt a consistent set of best practices for fostering fintech in the region.

“By not cooperating on fintech, Asian financial centres are putting themselves at a real disadvantage relative to the rest of the world: that traditional competitive dynamic and rivalry between the likes of Hong Kong and Singapore may actually in this case be a disadvantage,” said Hannah Cassidy, partner at Herbert Smith Freehills in Hong Kong, which contributed to the report.

Investors poured $19 billion worldwide into fintech – including P2P lenders, distributed ledger technology and crowdfunding platforms – in 2016 alone and thousands of fintech start-ups continue to proliferate, according to a February report by global regulatory body the International Organization of Securities Commissions(IOSCO).

Hong Kong, Singapore, Australia, Japan, South Korea and Malaysia have launched a range of special programmes to attract and foster fintech ventures, from incubators and grants, to temporary license waiver schemes, with competition fiercest between rivals Hong Kong and Singapore. While all these markets operate well-defined licensing and supervisory regimes for traditional financial firms including banks, brokers, insurance companies and funds, regulators are still struggling to establish clear and consistent regimes for fintech firms because they often operate innovative business models.

Cryptocurrency exchanges, for example, are licensed as money changers and regulated by the customs authority in Hong Kong but they are licensed as online shopping malls, akin to clothes retailers, in South Korea. In Singapore, the central bank has proposed regulating bitcoin exchanges as payment firms. This makes it very expensive for fintech firms based in places with small domestic markets like Hong Kong, Singapore and Australia to expand into the broader region because they are more or less starting from scratch each time they enter a new country, said Aurelien Menant, CEO of Hong Kong bitcoin exchange Gatecoin.com. “This is a very important issue for fintech firms in Asia,” he said, adding he would welcome tougher standardised rules for alternative currency exchanges across the region.

The lack of regulatory clarity has meant some aspiring fintech firms have struggled to gain licenses in markets like Hong Kong, Reuters reported last year. “We are open to cooperation with regional and global regulators on fintech,” the Hong Kong Securities and Futures Commission (SFC) said in a statement, adding it would be entering into new regulatory cooperations shortly, without elaborating. The SFC added it has taken a leading role in discussions around fintech within IOSCO and conducts dialogue with other watchdogs through a dedicated fintech liaison officer. The Monetary Authority of Singapore did not immediately respond to a request for comment.

Asia’s competitiveness in fintech is being undermined by the rivalry among the region’s financial centres that has created regulatory complexity and uncertainty, a financial lobby group has warned 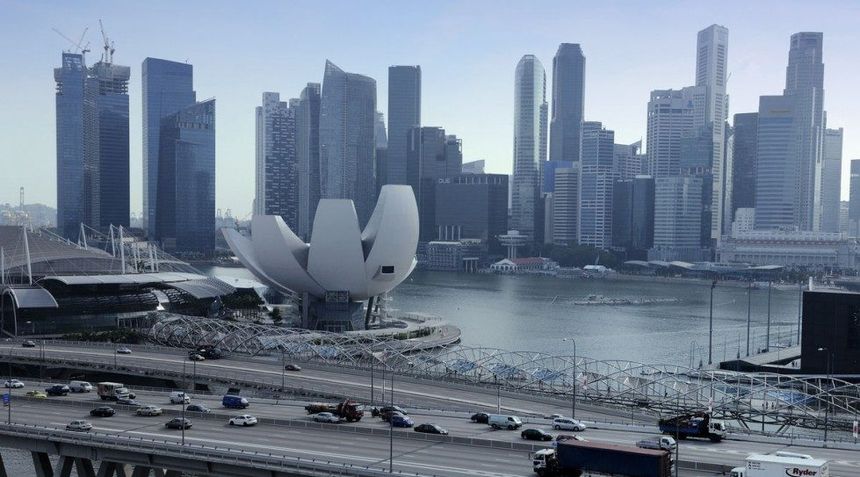