The MyInfo service is being led by the Island's Smart Nation and Digital Government Office (SNDGO) and Government Technology Agency (GovTech), in collaboration with the Monetary Authority of Singapore (MAS).

Under the pilot, prospective customers of United Overseas Bank (UOB), Development Bank of Singapore (DBS), Oversea-Chinese Banking Corporation (OCBC) and Standard Chartered Bank (StanChart) with a registered profile on myinfo.gov.sg can apply for a new bank account without the need to submit copies of their identity, income and CPF documents for applications.

MyInfo has been rolled out for SingPass users since May 2016 for popular government digital services such as balloting of the Housing Development Board’s Build-To-Order (BTO) flats.

Sopnendu Mohanty, chief fintech officer, MAS, says: “MAS is excited by the opportunities that national infrastructure platforms can bring to the financial industry, such as hassle-free online account opening and instant account activation in the near future."

Plans are already afoot to extend MyInfo later this year to other popular transactions such as applications for credit cards and home loans.

Standard Chartered CIO Michael Gorriz, bills the development as a "win-win" for consumers, banks and the Singapore government.

"Central databases and central data-keeping are the way forward," he says. "Consumers will benefit from only having to provide their data once and have control over access to their personal information. Banks will benefit because we get qualified, accurate data from the consumer. Singapore’s government gains an advantage, because by giving companies the possibility to use this data contributes towards efficiency gains which will help uplift the nation’s economic development." 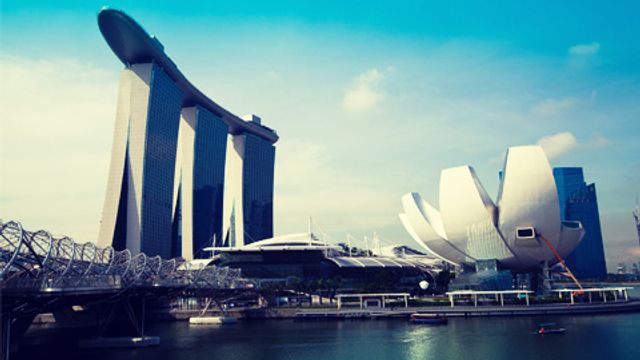