In 2016, there was a 65 per cent drop in overall investment in Singapore-based fintech companies, down from US$605 million to US$214 million, according to a KPMG International study Pulse Of Fintech.

IN 2016, there was a 65 per cent drop in overall investment in Singapore-based fintech companies, down from US$605 million to US$214 million, according to a KPMG International study Pulse Of Fintech.

Interestingly, the number of deals decreased by only two to 28 during the same period, indicating an overall fall in average deal value.

"In 2016, we saw Monetary Authority of Singapore (MAS) drive the evolution of Singapore into a prominent fintech hub. But we've yet to see an impact on the levels of venture capital (VC) funding here," said Chia Tek Yew, head of Financial Services Advisory at KPMG in Singapore.

He added that looking to 2017, he believed that MAS would fast-track the proposals to simplify authorisation process for VC funds in a bid to attract more VCs to Singapore.

Despite the fall in investment, he noted that Singapore continued to make its fintech presence known in Asia, with both government and MAS "working to foster a fintech ecosystem in the country".

KPMG noted that in Singapore, many of the larger VC fundings were concentrated among online payments, remittances or foreign exchange trading platforms.

Sopnendu Mohanty, MAS's Chief FinTech Officer, told BT recently that fintechs can "potentially help the financial industry regain its dynamism but the fintech phenomenon is not without risk". Regulators need to provide regulation conducive to innovation while fostering safety and security, he added.

Benjamin Mah, co-founder and CEO of Singapore-based V-Key, which provides digital security for financial transactions, told The Business Times that the Singapore fintech sector is going through the "normalisation curve" where the industry is figuring out which solutions work and which don't.

Agreeing with Mr Chia, Mr Mah said the MAS was building up the credibility of Singapore as a fintech hub and that its move to accreditate VCs will set the "gold standard" for the region. This will position Singapore at the heart of the fintech industry in South-east Asia.

"If I'm a VC, I would want to park my money where the financial hub is and where it is easy to bring in and take out money. That is a smart position for Singapore to take," he said.

The Pulse Of Fintech report said that during 2016, Singapore moved forward with numerous initiatives, including the development of a regulatory sandbox for fintech companies, the introduction of a fund to encourage corporate collaborations with fintechs and the hosting of a major fintech conference.

KPMG added that blockchain continued to be a big bet in Singapore in 2016, with the MAS announcing in the fourth quarter the development of a blockchain innovation lab in partnership with global fintech start-up R3CEV. Cybersecurity is also expected to be a key focus for VC investors heading into 2017.

Ng Chong Yang, CEO of fintech start-up ACE FinTech Holdings, told BT that there would always be funding interest for the fintech sector in Singapore. This is in reference to the KPMG report mentioning the fall in investment in 2016.

"It is a sector that is ripe for disruption and, as an extension, a fertile ground for the next billion dollar organisation to sprout," he said.

Mr Ng explained that since fintech is a new "disruptive sector", typical valuation metrics that VCs employ have broken down and that there is a lot of confusion in the minds of VCs. Hence "there is a wait-and-watch" phase in the local VC space, but 2017 should see things moving.

"I am optimistic that the solid fintechs will get VC funding going forward," he said.

Mr Ng's own start-up, formed a few months ago, aims to re-imagine how remittance should work for the "newly bankable", or poorer customers who are not very well-served by the formal financial network.

He added that ACE FinTech was still in self-funding mode and was planning for its first round of VC funding very soon.

The KPMG report noted that in Asia, thanks largely to Ant Financial's massive US$4.5 billion funding in early 2016 and two other mega-deals, fintech investment in the continent reached a new high of US$8.6 billion, up from US$8.4 billion in 2015.

The report added that VCs were still seeing opportunity within Asia and remained quite active throughout 2016. Total transaction value was driven largely by mega-rounds.

Large corporations were also playing an active role in venture financing, said KPMG, adding that they were looking to stay abreast of innovations pertinent to their specific product lines.

One other reason could be that the corporates were looking to gain a foothold with an eye towards future acquisitions or partnerships.

But the report noted that the 2016 fintech funding total of US$24.7 billion was still significant when compared to pre-2015 investment levels.

VC funding in fintech companies across the globe reached a record US$13.6 billion compared to US$12.7 billion in 2015, with 840 deals recorded. The report noted that corporate VC investment in fintech rose for the seventh straight year, reaching 145 deals totalling US$8.5 billion in 2016.

Sequentially, quarterly global VC funding to fintech companies increased from US$1.9 billion to US$2.1 billion between the third and fourth quarters of 2016 - still weak when compared to first two quarters.

Asia VC funding rebounded during the fourth quarter to US$680 million after reaching a low of US$200 million in the third quarter, primarily driven by a more than US$384 million mega-deal during the quarter.

KPMG noted that global venture capital investment in bitcoin and blockchain technologies reached a high of US$543.6 million in 2016, compared to US$441 million in 2015. But the deceleration in deal count of 132 versus 191 deals closed in 2015 likely signifies that some initial hype in blockchain is fading and greater evidence of robust applications will be required for future investment.

Mr Mah noted that in 2017 and beyond, the "next level" of fintechs would need to be clear about their value proposition.

"2017 will see a certain level of maturity in VC funding, and the new fintech player will need to be sharper and clear on their value proposition. The return of value is going to be critical - the value proposition has to be tested on the ground," he said.

Despite the fall in investment, he noted that Singapore continued to make its fintech presence known in Asia, with both government and MAS "working to foster a fintech ecosystem in the country". 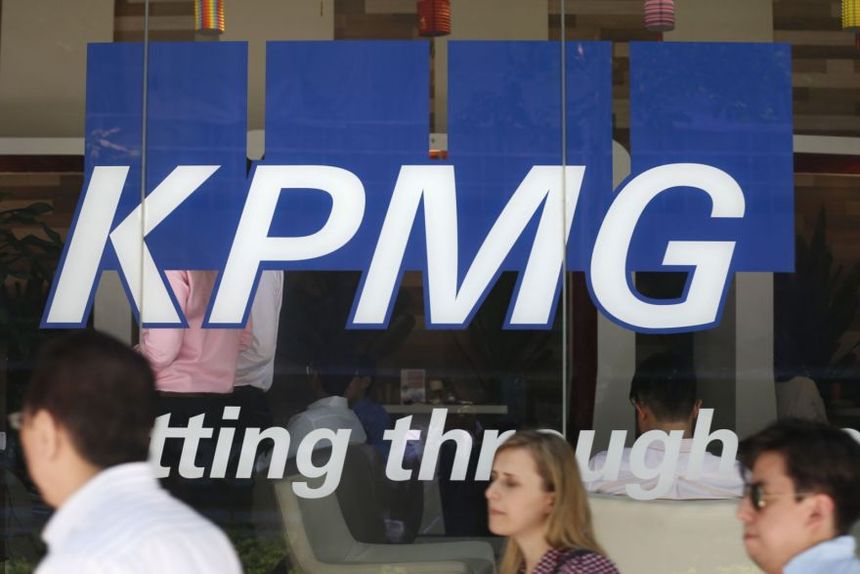