India is all set to be the world’s fastest growing economy, and like all rapidly developing countries, it is seeing its share of economic challenges. There’s stress on Indian public sector banks due to mounting bad debt, and that has resulted in cautious lending.

India’s largest state lender, the State Bank of India, piled up bad loans worth nearly US$15 billion for the year ending March 2016. Chairman Arundhati Bhattacharya had said that the lender will monitor risky loans.

Other bankers soon followed suit, saying a surge in bad loans will impact their ability to lend. This effectively means that private and public sector banks will make it difficult for small business owners and blue-collar borrowers to get their loans approved without proper documentation and credit history.

This has given rise to alternative money-lending platforms like Capital Float, Rubique, Faircent, and Artoo for small businesses and individuals, which let people secure short-term loans without collateral, and at interest rates 3-4 percent lower than those offered by banks. (Bank rates for personal loans hover around 20 percent).

Unlike banks, online lenders don’t evaluate potential borrowers on just their ability to pay back. They also take into account their willingness to pay by pulling in social data on family, friends, and reputation.

The default rate in subprime categories for startups is lower than banks.

“We are addressing this unmet need. Some of that need is met by unlicensed money lenders and chit funds, at high interest rates,” says Gaurav Hinduja, founder of Capital Float. “Banks have not explored the use of technology for SME lending. The sector is also difficult for banks to handle because it is unorganized, which pushes up cost of acquiring a new customer,” he says.

Capital Float helps small vendors get short-term credit. Its customer base typically consists of sellers on ecommerce websites such as Amazon and Flipkart. The startup has also starting disbursing credit to drivers attached with Uber and Ola.

They take into account the fragmented digital footprint of an individual – such as social media profile, blogs, and so on, to assess borrowers. Capital Float has over 10,000 borrowers on its platforms seeking average loan ticket size of US$18,000.

See: Skip the bank and get a small business loan from this Indian startup

The World Bank in a report noted that less than 1 in 10 people across the world’s low and mid-income population have a documented credit history. It recommends using non-financial data for judging creditworthiness.

Considering that several small-time businesses fail to get funds approved from banks and other financial institutions due to lack of collateral and poor management of finances, the World Bank’s recommendation may be useful in driving financial inclusion.

Startup research firm Tracxn says 64 alternative lending startups were founded in 2015, and about 34 in 2016. India is the third country after the US and China that has a significant number of startups facilitating personal loans online.

Traditional checks eliminate over 300 million people who are unbanked.

According to Nasscom, the fintech software market in India is expected to touch US$2.4 billion by 2020, from US$1.2 billion at present.

“Barely one-fifth of the Indian population has a valid credit score, and hence, most Indians are unable to get a loan from non-banking financial institutions (NBFC) or banks,” DS Rawat, secretary general of industry body Assocham, wrote in a report. Almost 50 percent of first-time loan seekers are rejected by banks every year, he added.

These figures are particularly disturbing in a country where the Prime Minister has made it an agenda to move millions of unbanked people towards organized banking, and the government is making a decided push towards curbing cash transactions.

Manavjeet Singh, who has worked with Yes Bank, Reliance Consumer Finance, and HDFC Bank, was aware of the gap. Instead of “changing things from within,” Manavjeet decided to start his own venture in 2014 – Rubique – to fill this unmet demand for credit in the market. “India is a credit-hungry economy,” he says.

It is this section of Indians that other alternative lending startups also seek to serve. They are backing up their platforms with data analytics, artificial intelligence, and machine learning to assess bank rejects such as farmers, cab drivers, roadside vendors, and neighborhood kirana stores, on parameters other than just credit ratings.

Traditionally, banks depend on ratings set by the Credit Information Bureau (CIBIL). This score has a limited scope of assessment, as it only takes into account an individual’s repayment history on loans and credit cards. It eliminates over 300 million of the country’s population who are unbanked.

Banks consider a score of 750 and above as bankable. “But in India, unless people plan to apply for a new credit card or loan, most will not pay any heed to their credit scores,” says Hemant Jhajhria, partner – strategy and digital financial services, at PwC India.

Online loan disbursal startups address the population that typically manage credit ratings of around 700 – considered risky by banks. These startups do not lend money of their own. Instead, they use various algorithms to do credit assessments of subprime borrowers – borrowers who have no collateral to offer against a mortgage. They then share this data with traditional lenders, who agree to lend them money based on the new “credit worthiness” check.

What is in it for the financial institutions? They get to diversify their investment into small ticket loans, and expand their reach to 300 million more potential customers, who are not yet on their records. The digital network of borrowers that these startups address has been out of reach, one – due to stringent verification laws – and secondly, because “most of the individuals in this section of population would rather not go to a bank for a loan for the fear of scrutiny,” Hemant says.

Interestingly, the default rate for banks in the subprime category that these startups address is less than one percent, according to Rawat of Assocham. Banks, especially ones backed by the government, have a much higher default rate – close to 5 percent.

In addition, banks and other non-banking lenders, such as ICICI or IDBI, don’t have to deploy field agents to sell to the unorganized small, medium and micro industries, as well as the low-income population. The startups provide a digital platform, which is 80 percent automated. A tablet-like device is integrated with the bank’s system, which takes care of documentation, verification, and approval.

Micro industries and low-income borrowers account for nearly US$30 billion of the overall market annually, and contribute a significant 20 percent to the country’s GDP, as per estimates gathered from the people Tech in Asia spoke to.

Gaurav of Capital Float, one of the first online lending startups, says it was initially difficult to get financial institutions on board. Why should banks trust their credit assessment? “Banks do not have the means to go into granular data for individual loan seekers, like we do for our borrowers. Moreover, our system is automated. TThe system runs an assessment and tells us how much can be lent at what risk,” he says.

Bangalore-based Artoo has taken a similar approach. The startup assesses borrowers on notional data collected from online social networks, mobile phone records and psychometrics to determine the creditworthiness of an individual or business with no digital footprint. The startup has disbursed loans worth US$270 million in the last two years, across 30 states and 4,500,000 SMEs.

Other startups such as Faircent and LendingKart have also automated the online application and approval process with no hassles of collateral. It allows them to work differently from banks and other NBFCs, focussing on short-term parameters – income and expenses in last 12 months – to assess an individual.

As of date, alternative lending startups provide short-term working capital loans ranging from US$700 to US$150,000. The loan amount is then disbursed through banks and other financial institutions, within a short span of three days. In return, the startups charge a processing fee and interest rate, which depends on the risk profile and creditworthiness of the applicant. The interest rate and the amount of loan a borrower can receive are all determined by a program.

The infamous sub-prime crisis in the US, where banks approved loans for households that were either fake or had no collateral, has left a mark in the economics of the world. The concern with startups addressing this subprime population of India is that it could trigger one such crisis here too. No collateral against mortgage increases risk of lending.

Kavita Nehemiah, founder of Artoo, acknowledges the risk. “We collect over 800 data points, compare borrowers with their peers, assess their cash flow, their reputation in the neighborhood, and so on,” she says. Kavita says she has deployed field agents that meet the borrowers and physically collect data points.

But the majority of the function is backed by technology. Enabled by artificial intelligence, data analytics and machine learning, the startup has been able to address loan seekers of funds below US$20,000 that banks do not touch.

For borrowers, it means the first step towards creating a credit history. “Typically, people who borrow here are readily accepted by banks at a later stage, if they have a good record,” says Vinay Mathews, COO and co-founder of Faircent.

Faircent mitigates risk through a crowdfunding model, where several lenders can invest in the fraction of what a borrower requires. Although the interest payment for borrower remains the same, the amount of exposure for a single lender reduces. The startup also regularly monitors borrowers for delayed bill payments, job loss, bad business day, and so on, to take timely action against a bad debt.

Experts hope that the use of technology, demonstrated by the online loans startup, will trickle down to the traditional banks. It’s about time that banks loosen up to accommodate more, they say.

“We are addressing this unmet need. Some of that need is met by unlicensed money lenders and chit funds, at high interest rates,” says Gaurav Hinduja, founder of Capital Float. “Banks have not explored the use of technology for SME lending. The sector is also difficult for banks to handle because it is unorganized, which pushes up cost of acquiring a new customer,” 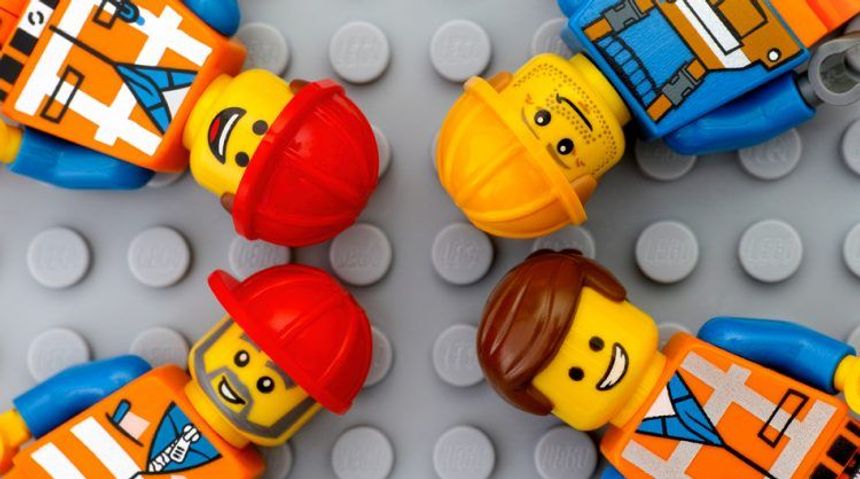