Imagine yourself ordering a bowl of instant noodles from a small food stall in a remote village. When it’s time to pay, the stall owner presents you with their low-end smartphone, on which you would place your finger to confirm payment. In a blink of an eye, a sum of money has just been transferred from your account to the owners’ to pay for the noodles.

This is what financial technology (fintech) is all about. A feature of fintech that must not be ignored is that it is not just a simple matter of technological marvels; it is also about financial inclusivity. What was illustrated above has become a reality in India.

As of December 2016, the Indian government, through the ambitious Aadhaar project, managed to register 1.09 billion people, or 85 percent of the country’s population, into its system.

Aadhaar utilizes a single identity number that contains the biometric and demographic data of its users stored in a centralized and online database. Aadhaar and its database are connected to various stakeholders, including government and private institutions, to allow various transactions to be carried out easily, quickly and securely with a fingerprint scan.

What is it like in Indonesia in comparison? According to DailySocial and the Indonesian FinTech Association, there were around 140 fintech companies in the country as of last year. This figure had increased by 78 percent compared to a year earlier.

(Read also: Fintech Talk: Loan provision for the unbanked. Is it possible?)

However, their existence often creates financial fragmentation instead of financial inclusion. For example, a line of EDC machines at a payment counter potentially creates confusion for both cashiers and their customers. Additionally, banks and companies are now saturating the market with electronic wallet (e-wallet) products, leaving consumers with too many similar choices.

In an effort to promote quick and secure transactions, the Indonesian government issued Law No. 11/2008 on electronic information and transactions (ITE) and Government Regulation No. 82/2012 on management of electronic systems and transactions, which regulate the introduction of identity verification using digital signature methods. The implementation of digital signatures is expected to take place in the second quarter of 2017.

The program implementation, however, could take longer than expected with the lack of readiness in the institutions that will validate the digital signatures, referred to as certificate authority (CA).

Currently, the only possible entities who can take the role of a CA are banks, as they have implemented the Know Your Customer (KYC) principle and possess the supporting infrastructure to take on the role.

Unfortunately, cooperation between the Communications and Information Ministry and the Financial Services Authority (FSA) regarding the introduction of digital signatures was only officiated in September 2016. The long path to regulation implementation indicates a lack of synergy among government institutions.

The government has actually shown a positive attitude toward fintech development. In December 2016, the FSA issued a regulation on online peer-to-peer (P2P) lending, only one month after Bank Indonesia launched the operation of a special office for fintech. Such efforts, however, need to move beyond formal regulatory levels.

As an example, the World Bank reported that small and medium enterprises (SMEs) contributed the most to the country’s gross domestic product (GDP) and created more than 100 million jobs. However, only 20 percent of the SMEs had access to banking services.

Synergy among regulators is compulsory to improve the role of fintech in promoting financial inclusion. The development of the Financial Information Service System (SLIK) by the FSA to replace the SID might become promising momentum.

However, the prerequisite of having to fill in the entire information for every customer in SLIK will be a great challenge, especially for fintech startups that cater to a wide array of users. Thus, the regulatory environment needs to ensure inclusiveness for non-bank fintech service providers too.

As a possible solution, fintech companies may be offered a relaxed regime to integrate into SLIK, with a grace period to complete user data after becoming a member of SLIK. Additionally, SLIK integration accessibility should also be offered to private credit information bureaus and the Credit Information Management Institution (LPIP) to gain more comprehensive credit data. This would allow for better synergy between the FSA and Bank Indonesia (BI), considering LPIP is regulated by BI. The role of LPIP needs to be supported as it will contribute to the World Bank’s credit access indicator, helping Indonesia’s rating internationally.

Hence, financial inclusion and fintech contribution to it will rely greatly on the role of the government, not only in the regulatory sector but also through synergy to create a supportive ecosystem to promote financial inclusion.

In an effort to promote quick and secure transactions, the Indonesian government issued Law No. 11/2008 on electronic information and transactions (ITE) and Government Regulation No. 82/2012 on management of electronic systems and transactions, which regulate the introduction of identity verification using digital signature methods. 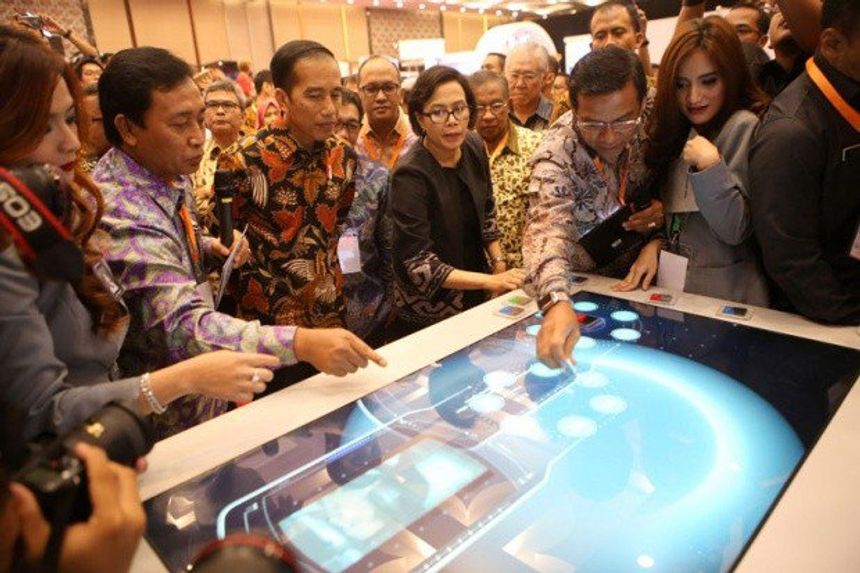